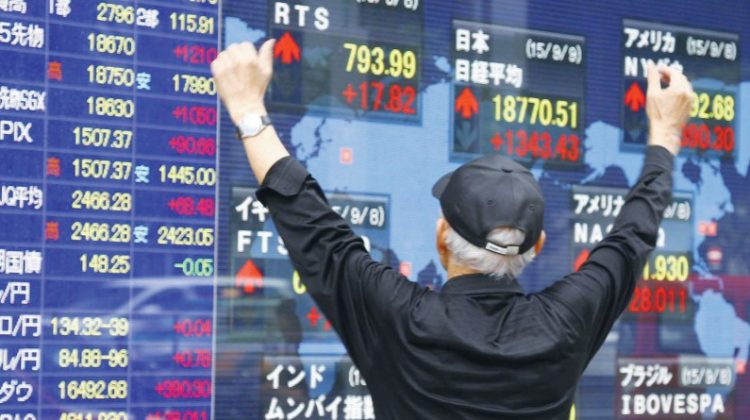 LONDON/TOKYO: Global stock markets pushed to record highs on Wednesday as bond yields eased, after data showed US inflation was not rising too fast as the economy re-opens.

With fears receding for now that a strong inflation reading might endanger the Federal Reserve’s accommodative stance, European shares opened 0.1 per cent higher.

Gains were capped after Johnson & Johnson said it would delay rolling out its Covid-19 vaccine to Europe, after US health agencies recommended pausing its use in the country after six women developed rare blood clots.
Led by Hong Kong’s Hang Seng, most Asia-Pacific share indexes also climbed.
Benchmark US Treasury yields continued their decline, marking a fresh three-week low.
S&P 500 futures pointed to a further 0.1 per cent rise after the S&P 500 closed at record highs on Tuesday.
Japan bucked the trend, with the Nikkei falling 0.4 per cent as a rising number of coronavirus cases raised doubts about its economic recovery with 100 days to go until Tokyo is scheduled to host the Olympics.
MSCI’s gauge of equity performance in 50 countries advanced 0.2 per cent to a record high.
The US consumer price index rose 0.6 per cent in March, the biggest increase since August 2012, as rising vaccinations and fiscal stimulus unleashed pent-up demand, data showed on Tuesday. — Reuters