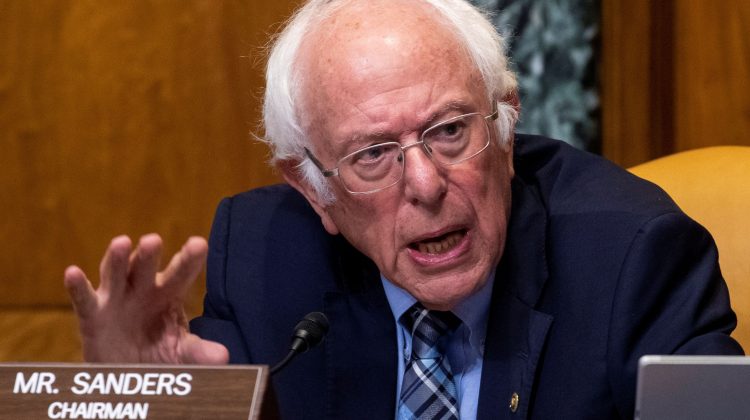 But the numbers suggest Sanders is only considering a partial reduction in the cap. And the latest proposal being discussed in Congress would do little to help the top earners who account for the largest share of SALT deductions.

Sanders’ $6 trillion budget included $120 billion for SALT relief over five years. The provision boosted hopes in states like New York, New Jersey and California that the progressive wing of the Democratic party is open to eliminating the $10,000 cap on state and local tax deductions. The cap was part of the 2017 Tax Cuts and Jobs Act and created an effective tax hike for many high-earners in high-tax states.

A caucus of 30 Democrats and Republicans have banded together to form a SALT caucus aimed at the cap’s repeal. Rep. Josh Gottheimer (D-N.J.), one of the chairs of the caucus, and others say they won’t sign a big new spending or tax bill without a repeal of the SALT cap.

More progressive members of the Democratic party have criticized such a proposal as a tax gift to the wealthy, since 57% of the benefits of a repeal would go to the top 1% of earners.

The latest compromise under discussion — and likely the one favored by Vermont’s Sanders — according to tax experts, is establishing an income threshold of $400,000 a year. The cap would be lifted entirely for those making less than $400,000 a year, while tax filers earning more would still be subject to the $10,000 cap. The income threshold would help insure that the benefits of a SALT repeal don’t flow mainly to the rich.

Gottheimer told CNBC Monday he continues to support a full repeal rather than an income threshold. He said even a $400,000 income threshold would hurt the middle class, since the super-earners in New Jersey and other high-tax states support social programs through their outsized tax payments. He said many of the rich appear to be moving out of the state looking to pay less in taxes.

“It’s not just about the impact on income levels,” Gottheimer said. “It’s having a huge impact on people leaving states like mine. As a result, when people leave, it has a big effect on schools, hiring law enforcement and firefighters because the tax base drains out when people move to Florida and Texas and the Carolinas like we’re seeing.”

An income threshold would also create an “income cliff” for those who make just over $400,000.

“Even under this plan, most of the benefit would flow to those who are relatively near the threshold,” Walczak said.