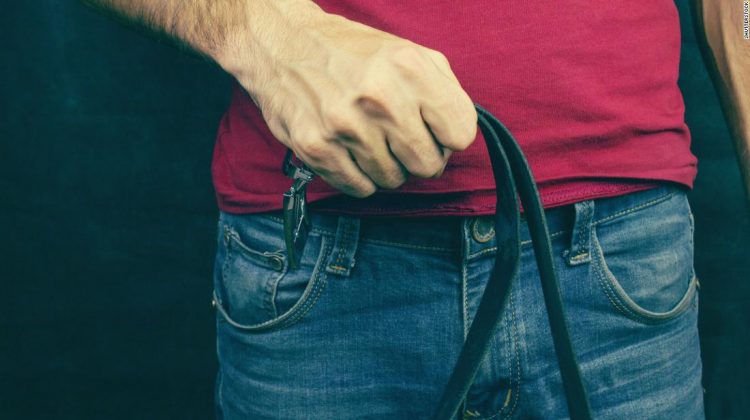 “Parents hit their children because they think doing so will improve their behavior,” Gershoff said. “Unfortunately for parents who hit, our research found clear and compelling evidence that physical punishment does not improve children’s behavior and instead makes it worse.”

To measure the impact of spanking and other physical punishments that parents might typically choose to discipline a child, the review excluded verbal and “severe” types of physical punishment that would be characterized as child abuse.

That included such actions as “hitting a child with an object; hitting or slapping on the face, head or ears; throwing an object at a child; beating; hitting with a fist; punching; kicking; washing a child’s mouth out with soap; throwing down; choking; burning; scalding; and threatening with a knife or gun,” Gershoff said.

Some studies in the review found mixed results, seeing some positive and negative effects associated with physical punishment. But the majority of the studies showed a significant negative impact in a number of ways.

The most “consistent support,” in 13 of 19 independent studies, was that spanking and other forms of child punishment created more external problem behaviors over time, Gershoff said, such as “increased aggression, increased antisocial behavior, and increased disruptive behavior in school.”

Acting out by children who were physically punished occurred no matter the child’s sex, race or ethnicity, the review found.

Seven of the studies Gershoff and her team reviewed examined the association between the frequency of physical punishment and a child’s negative behavior over time. Five of the seven found a “dose-response effect,” she said.

“In other words, as physical punishment increased in frequency, so did its likelihood of predicting worse outcomes over time,” she said.

Some studies in the review found physical punishment increased conduct problems and signs of oppositional defiant disorder, which is characterized by temper tantrums, argumentative and defiant behavior, active defiance and refusal to follow rules, spitefulness and vindictiveness.

Another outcome was that physical punishment increased the risk that children would experience severe violence or neglect that might trigger involvement by child protective services.

As of 2017, some 63% of children between the ages of 2 and 4 — or some 250 million children — live in countries that allow spanking and are regularly subjected to physical punishment by their caregivers, according to UNICEF.
In the US, all 50 states say it’s legal for parents to use physical punishment on their children. Nineteen states still have laws on the books that allow schools to use corporal punishment during the school day, although some school districts in those states have banned the practice.
Some change is underway. A study published in April found spanking declined in the US between 1993 and 2017, partly due to changing attitudes among millennials and Gen X parents, who appear to be spanking their kids less than previous generations.
Some 50% of parents reported spanking a child in 1993, but by 2017 that number was down to 35%, the study found. However, that number is still too high by 2018 standards set by the American Academy of Pediatrics, said Dr. Robert Sege, who specializes in the study of child abuse, in a prior interview.

The pediatricians’ group suggests adults caring for children use “healthy forms of discipline” — such as positive reinforcement of appropriate behaviors, setting limits and setting expectations — and not use spanking, hitting, slapping, threatening, insulting, humiliating or shaming.

“Parents should never hit their child and never use verbal insults that would humiliate or shame the child,” said Sege, lead author of the American Academy of Pediatrics’ policy statement on corporal punishment.

Globally, 62 countries have prohibited physical punishment of children in all settings and a further 27 countries commit to doing so, according to the Global Partnership to End Violence Against Children. Despite this advance, “only 13% of the world’s children are fully protected in law from all corporal punishment,” the agency says, and 31 countries still allow whipping, flogging and caning as a sentence for crimes committed by juveniles.
Children have the right to freedom and protection from “corporal punishment and other cruel or degrading forms of punishment, states the United Nations 2006 Convention on the Right of the Child, and the UN General Assembly has included the protection of children from all forms of violence as a “sustainable development goal.”

“Given the high prevalence of physical punishment around the world, there is no time to waste — all countries should heed the UN’s call to uphold children’s human rights and promote their wellbeing by prohibiting physical punishment in all forms and all settings,” Gershoff and her team wrote.

If spanking doesn’t work, what does?

The American Academy of Pediatrics recommends a number of alternatives to spanking, including taking toys and privileges away and the age-old technique of time-out.

Sege said the techniques depend on the child’s age.

“During the first year what infants need to learn is love,” Sege said in a prior interview, “while they discover their new abilities such as crying and making messes. So parents should distract, by giving them other things to do that are less disruptive or picking them up and moving them to a different place. That’s all they can do.”

As kids grow to toddlers and persist in doing things you don’t want, he said, the best technique is to tap into their need for attention.

“Toddlers crave their parent’s attention, so use that to your advantage,” Sege said. “Pay attention to the things your children do that are wonderful; reward them for those with praise. Then when they do something you don’t like, put them in time-out and take the attention away. Use that. That’s how time-outs work.”

As children get older, he suggests letting them learn the natural consequences of their behaviors.

“Instead of shielding, help them learn the lesson, as long as they are not in danger,” Sege said. “Things like, ‘You didn’t put your toys away, so instead of playing, you have to clean them up before we can play.’ It takes parents out of the loop.”

Teenagers, he said, also need to learn to take responsibility for their actions.

“And you do that by calling them out on their behavior and its consequences and then help them figure out how to resolve those consequences.

“It’s hard, because it requires, at least at first, a level of mindfulness and thought on what you are doing as a parent,” Sege said. “Parenting isn’t easy. The good thing is that our children excuse us for the mistakes we make.”