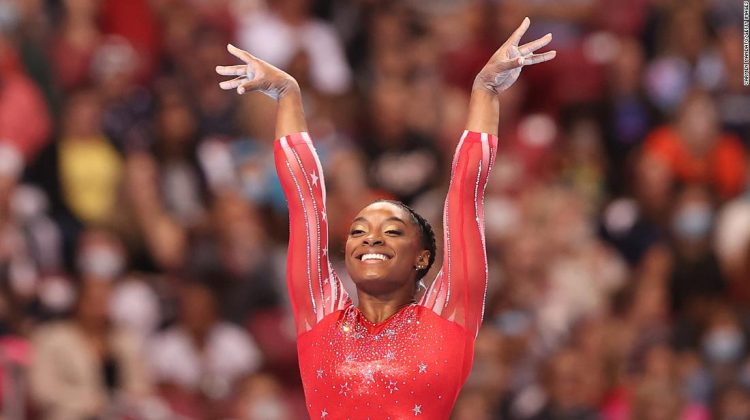 The four-time Olympic gold medalist competed at the US Gymnastics Olympic trials in St. Louis, Missouri, over the weekend. She finished Sunday with an all-around score of 118.098 to earn her one of the two automatic spots on the team.

Sunisa Lee secured the second automatic spot on the team. Along with Biles and Lee — Jordan Chiles, Grace McCallum, MyKayla Skinner and Jade Carey will make up the U.S. Gymnastics team next month.

The Olympics are scheduled to start on July 23.

Earlier this month, Biles won a record seventh national women’s all-around title at the US Gymnastics Championships in Fort Worth, Texas. Lee was runner up and Chiles took third at the event.

“I feel like I did try to enjoy it because it could be one of my last championships that I’ll attend,” Biles said.

Biles’ seven titles are the most by any American woman. The 24-year-old often debuts never-before-seen feats and now has four skills officially named after her.