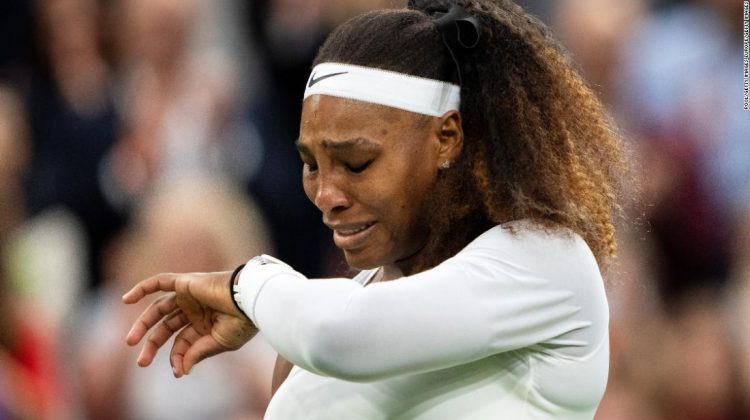 With Williams leading 3-1 in the first set, the 39-year-old American appeared to slip and hurt herself during a return.

Williams left the court to receive medical attention. After returning, with the match now tied at 3-3, Williams buckled at the baseline midpoint before gingerly walking off the court in tears, acknowledging the fans as she departed.

The 39-year-old tennis star was aiming to win a record-tying 24th grand-slam title.

The forfeit marks Williams’ first ever first-round loss at Wimbledon. Prior to Tuesday, the American tennis star had a 19-0 record in first-round matches at the famed tournament.