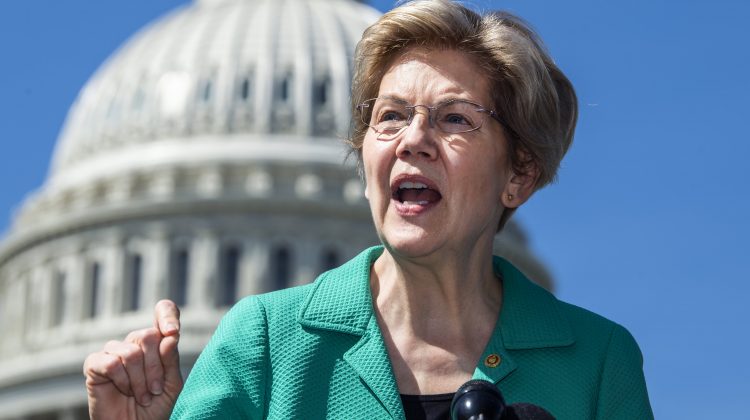 Democratic Sen. Elizabeth Warren is pressing the CEO of a major pharmaceutical trade group on its lobbying efforts against a proposal to waive intellectual property rights for Covid-19 vaccines to help boost production of the shots for poorer nations.

Warren and other lawmakers asked how much money the trade group and its member companies spent this year lobbying Congress and White House officials in opposition to the waiver, which would remove obstacles to ramping up the production of vaccines in developing countries, in a letter sent Wednesday to PhRMA CEO Stephen Ubl that was obtained by CNBC.

The Biden administration said in early May it would support waiving the World Trade Organization’s Trade Related Intellectual Property Rights (TRIPs) agreement. The Pharmaceutical Research and Manufacturers of America, whose members include Covid vaccine makers AstraZeneca, Pfizer and Johnson & Johnson, is trying to block the waiver.

Removing patent protections on Covid vaccines would allow other drug companies to manufacture the life-saving shots. Drugmakers worry that could set a precedent for future products and end their lucrative monopolies over sales of their new medicines.

Warren also asked the trade group about its attempts to block a bill from House Democrats that would allow Medicare to negotiate directly with manufactures for lower drug prices.

“PhRMA and other pharmaceutical companies have pushed the Biden Administration to oppose the TRIPS waiver, arguing that it would “undermine the global response to the pandemic,”‘ Warren and other lawmakers wrote. The industry also said drug pricing provisions of the American Rescue Plan would “lead to fewer new cures and treatments,” and it opposed Medicare Part D price negotiation, the letter reads.

“While taking credit for the development of new COVID vaccines – which were developed with massive infusions of federal funds — the pharmaceutical industry has not backed off of its efforts to block drug pricing proposals and maintain the status quo,” the lawmakers added.

The lawmakers gave the trade group until June 30 to respond. PhRMA did not immediately respond to a request for comment.

Warren’s letter comes as global groups, including the World Health Organization, are urging wealthy countries and drugmakers to get Covid shots to low- and lower-middle-income countries, some of which are witnessing an increasingly worrying rise in new infections.

Many countries and drugmakers have made pledges to share millions of doses around the world. President Joe Biden announced last week that his administration would donate 500 million vaccine doses produced by Pfizer to other nations.

The pharmaceutical industry has previously said the TRIPS waiver would “undermine our global response to the pandemic,” compromise safety, weaken supply chains and sow confusion between public and private partners.

In the first three months of this year, pharma companies have spent a record $92 million on lobbying, according to data compiled by the Center for Responsive Politics, a non-partisan campaign finance research group in Washington. PhRMA spent $8.6 million this year on lobbying after spending $25.9 million in 2020, according to its data.