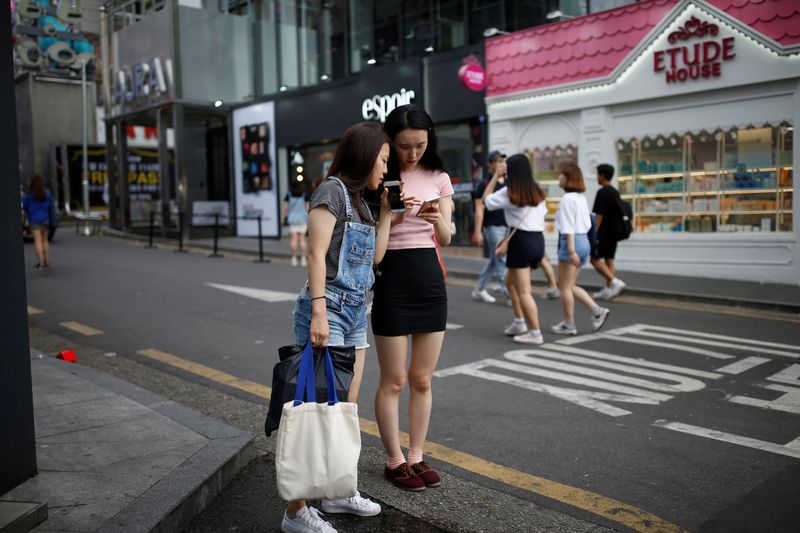 SEOUL (Reuters) -South Korea’s consumer inflation accelerated to a near 10-year peak in October on higher costs in oil products, housing rentals and outdoor dining, putting pressure on policymakers ahead of the last monetary policy meeting of the year.

The consumer price index (CPI) jumped 3.2% from a year earlier in October, government data showed on Wednesday, the fastest growth since January 2012 and up from a 2.6% rise in September.

That matched a 3.2% increase tipped by analysts in a Reuters survey and continued to stay above the central bank’s 2% target for a seventh straight month.

Wednesday’s data showed the cost of petroleum surged 27.3%, while that of housing rentals rose 1.8% on year. Costs of outdoor dining increased 3.2%, while other services including accommodations also rose 2.3%.

That puts the Bank of Korea’s (BOK) monetary policy board under pressure to raise the base rate further at the Nov. 25 meeting, following its first rate hike in almost three years in August.

The BOK currently sees inflation standing at 2.1% for the whole of 2021 and 1.5% for 2022, but the revision of forecasts will be announced at the November meet.

Core CPI, which excludes volatile energy and food prices, rose 2.4% year-on-year, the fastest growth since December 2015 and up from 1.5% in September.

Month-on-month inflation rose 0.1%, slowing from September’s 0.5% rise but in line with forecasts.