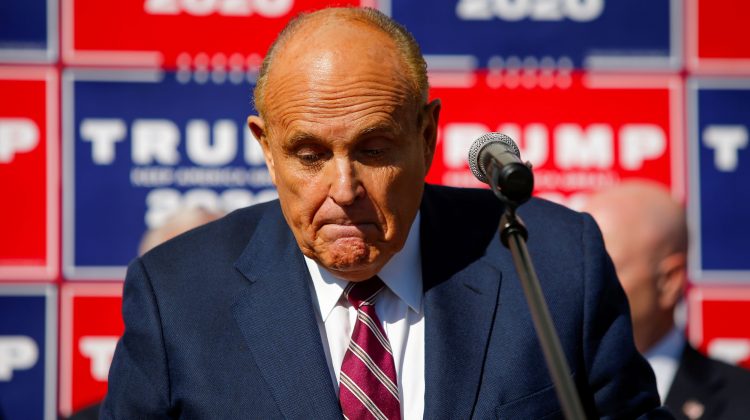 A New York court on Thursday suspended Rudy Giuliani from practicing law in New York state due to making “false and misleading statements” about the election loss of former President Donald Trump, his client.

The suspension is a stunning blow to Giuliani, the former New York City mayor who previously served as a top Justice Department official, and the head prosecutor for the federal Southern District of New York.

Giuliani and Trump have since last November made false claims about the legitimacy of the election of President Joe Biden.