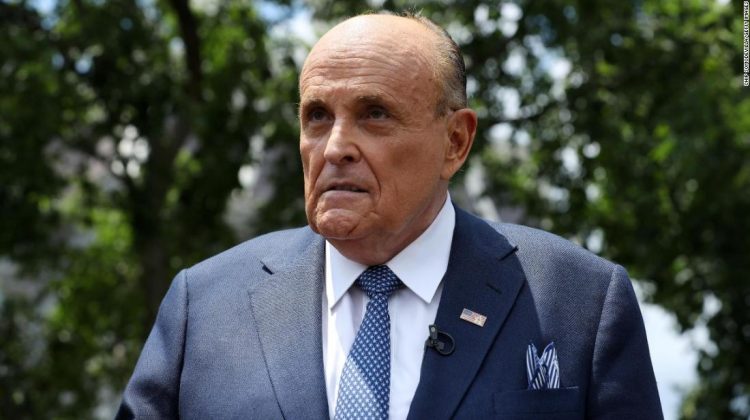 The order strips the former US Attorney and New York Mayor of his right to practice law while the court’s Attorney Grievance Committee investigates misconduct claims against him. Giuliani can request a court hearing on the interim suspension within 20 days of the order.

The decision to suspend an attorney while he is still being investigated is highly unusual and customarily reserved for only the most serious forms of professional misconduct. But the court has made a compelling case that Giuliani’s misconduct was a knowing and deliberate attempt by an officer of the court to disrupt and obstruct America’s 2020 presidential election in violation of the legal profession’s code of professional responsibility.

The number of allegedly false claims and acts of outright dishonesty outlined in the decision is truly staggering. Giuliani’s career appears destined for ruination while Donald Trump heads for the golf course.

The punishment could include disbarment or a forced resignation when the proceedings conclude. Giuliani has hotly contested the validity of the charges as political. His lawyers said in a statement Thursday that “we believe that our client does not pose a present danger to the public interest. We believe that once the issues are fully explored at a hearing Mr. Giuliani will be reinstated as a valued member of the legal profession that he has served so well in his many capacities for so many years.”

What do the charges say? They relate to extravagant and patently false claims of election fraud that he lodged in various courts and in other public forums on Trump’s behalf. A particularly unusual aspect of the court’s blistering 33-page decision was its reliance not only on allegedly false statements made by Giuliani in court and legislative proceedings, but also on statements he made in podcasts, on television and in other public but non-legal forums.

The court explicitly noted that the First Amendment does not give attorneys freedom to lie and commit harmful acts of fraud in connection with their representation of a client in any forum. The decision should be a stern reminder to attorneys running for public office that egregious lies and false statements that cause public harm, even in political campaigns, may warrant disbarment or other disciplinary sanctions.

Attorneys are customarily suspended immediately only for grossly improper actions that harm clients or undermine the integrity of the courts. Cases resulting in immediate suspensions often apply to attorneys who have substance abuse problems, serious criminal convictions or who steal clients’ money.

The Giuliani decision is a reminder to the bar that a lawyer’s responsibility to act with integrity and honesty extends beyond the courtroom to any situation where a “third person” may be influenced or harmed. The judges made it clear in that if Giuliani, acting as the President’s personal lawyer, willfully used fraud and deceit to undermine the election, the repercussions would be severe.

“The seriousness of respondent’s uncontroverted misconduct cannot be overstated,” the court wrote. “Where, as here, the false statements are being made by respondent, acting with the authority of being an attorney, and using his large megaphone, the harm is magnified… One only has to look at the ongoing present public discord over the 2020 election, which erupted into violence, insurrection and death on January 6, 2021, at the U.S. Capitol, to understand the extent of the damage that can be done when the public is misled by false information about the elections. The AGC [Attorney Grievance Committee] contends that respondent’s misconduct directly inflamed tensions that bubbled over into the events of January 6, 2021 in this nation’s Capitol.”

The decision is also an encyclopedic recitation of what the disciplinary committee variously described as manifest dishonesty and fraud perpetuated by Giuliani in not only those public appearances and podcasts in New York but also in lawsuits and other proceedings in Pennsylvania, Georgia, and Arizona.

The case against Giuliani reads in some respects like a criminal indictment with multiple counts. In a larger sense, anyone who wants to understand the completely fraudulent nature of the claims that the 2020 presidential election was “stolen” from Donald Trump need only read this very detailed opinion. (Click here.) It is an index of fraud, lies and professional misconduct designed to undermine American democracy, and used by many of Donald Trump’s representatives, both in and out of court.

The really tragic aspect of the whole affair is that Rudolph Giuliani, the man often referred to as “America’s Mayor” for the strength and guidance he provided to New York City in the aftermath of 9/11, will now find his professional destruction in a different pile of rubble. This one created by Donald Trump.