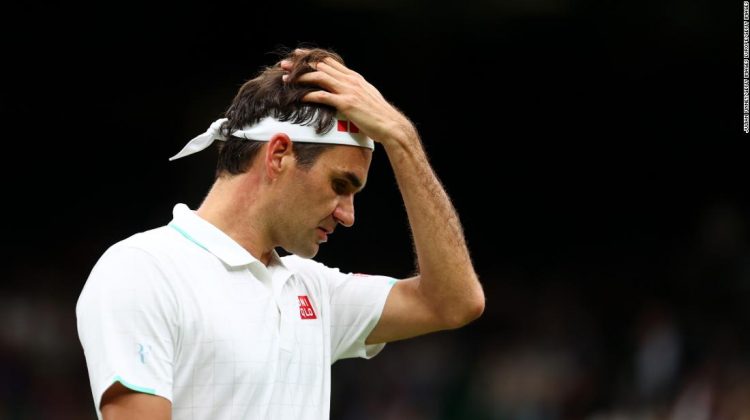 In the seventh game of the fourth set, Frenchman Mannarino slipped and his right knee buckled. He was given painkillers, according to the Wimbledon website, but played on before retiring one point into the fifth set with the score at 6-4 6-7 (3/7) 3-6 6-2.

“It shows that one shot can change the outcome of a match, a season, a career, so I wish him all the best,” added Federer.

“I hope he recovers quickly so we can see him back on the courts because, look, he could have won the match at the end. He was the better player. I definitely got a bit lucky but who cares about that — I wish him all the best.”

READ: Novak Djokovic comes from behind to win Wimbledon opener

The last time Federer lost in a first-round grand slam match was at Wimbledon 19 years ago.

However, the 39-year-old Swiss star had played only nine matches in 2021 before Tuesday and that rustiness showed as Federer hit 45 unforced errors.

“I tried to cut down on the length of points a little bit,” said Federer. “I thought he find a nice groove from the baseline. He’s famous for the shovelled backhand — he creates a lot of problems for so many players and he did the same again today on the grass against me.

“I felt I had to adjust my game more than he had to — and that was credit to him, of course.”