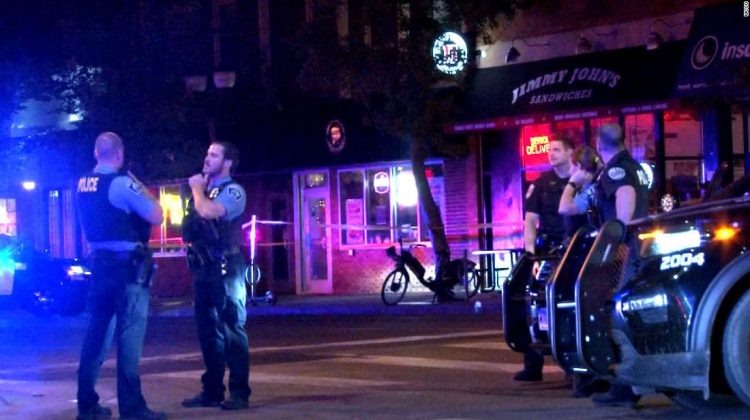 President Joe Biden is set to deliver remarks Wednesday outlining his plan to reduce violent crime. And in New York City, Brooklyn Borough President Eric Adams, a retired police officer, is leading in the Democratic primary. One of Adams’ main issues was promising to take a tough stand against crime.

The political appeal of touting “law and order” is clear. The rise in homicide rates, particularly in large cities, has become for many a serious new worry.

At the most basic level, all Americans want to live in neighborhoods that are free from crime and danger. They want their children to be able to walk the streets without fearing harm. They want to be able to leave their homes without worrying that someone might try to steal their property. They want communities and schools that are peaceful and where violence is not normalized.

A number of polls show, though, that when asked about the most important challenges facing the nation, most Americans don’t put crime high on the list, as they do jobs and the economy. But when specifically questioned about their views on guns and violent crime, their concern is significant. In an April Pew Research Center poll, 48% said they considered violent crime a big problem, and 36% a moderately big problem.
Gallup reports that majorities perceive crime as rising (78% in November), although only 38% thought that was true where they lived.

For Democrats, concern about such metrics in the approach to a midterm election could easily turn them away from important civil rights issues related to criminal justice.

There have been other periods when Democrats have taken a hard shift toward “law and order” — in which safety equates with tougher policing and more draconian sentencing — based on the belief that this was the only way to ward off Republicans attacking them as “soft” on these issues.

In 1968, as the historian Elizabeth Hinton showed in her pathbreaking book, “From the War on Poverty to the War on Crime,” President Lyndon Johnson responded to the urban rebellions of 1967 by ramping up the federal war on crime with the Omnibus Crime Control and Safe Streets Act of 1968, allocating about $400 million for law enforcement and setting the stage for President Richard Nixon and other Republicans to bind themselves to the issue for decades to come.
During the 1990s, many Democrats were on board with this agenda. This was the context in which then Sen. Biden helped pass the Violent Crime Control and Law Enforcement Act of 1994, which played a role in the mass incarceration of African Americans.
To be sure, most Democrats that have leaned into the issue also acknowledged the need to focus on community programs, gun control and civil rights as well. As Bill Clinton said in his 1992 campaign, “Four years ago this crime issue was used to divide America. I want to use it to unite America. I want to be tough on crime and good for civil rights. You can’t have civil justice without order and safety.”

But the policies, such as the 1994 crime bill, have tended to come down stronger on entrenching and expanding existing criminal justice institutions. While most Republicans hardened their stance on law and order during the Trump era, a significant number of Democrats seemed to have opened their eyes to the ways in which the institutions of criminal justice perpetuated racial inequality.

Horrendous smartphone and bodycam videos have shown how violent police have too often become in confrontations with African Americans over very small infractions. Policing methods adopted since the 1980s, such as stop-and-frisk, increased the odds that Americans of color would find themselves in direct standoffs with police officers.

Social scientists have documented how law enforcement often focused attention on low-income areas and communities of color. And changes in sentencing for minor transgressions, such as the sale of marijuana, resulted in a disproportionate number of brown and Black Americans finding themselves trapped in the booming prison system.
The First Step Act, which passed with bipartisan support in 2018 and was signed by then President Donald Trump, was an important, albeit limited, step forward in reform. But, as a new book by The Wall Street Journal reporter Michael Bender argues, Trump worried that the empathy he felt upon seeing the video of George Floyd’s murder would be seen as a sign of political weakness. Much of his final year focused on a replay of Richard Nixon’s tough-on-crime rhetoric.
In 2021, the Democratic Party would do well to move forward with caution. As John Pfaff wrote in The New Republic, the data about the recent crime increases is complicated. For example, he notes, the rise in violent crime (and in many places where this is being discussed the levels have not actually risen much), has taken place in areas that have not really reformed their systems. That is, the old system often doesn’t need to be restored, it’s still there and it’s not working.

If many Democrats walk away from the pervasive problems that have moved to the center of the national debate, they will be making a grave mistake and will set back civil rights for at least a generation, just as occurred after the 1960s.

In the end, the nation must realize that true “law and order” depends on racial justice. Presenting these two goals as a binary misses the point. A genuine system to achieve safety in our cities and suburbs depends on redistributing government money to relieve the police of many obligations they are not suited to handle — such as police calls to deal with mentally ill subjects appearing to put themselves or others in danger — and leading to fraught encounters.

It means funding services that will help ameliorate social problems that often fuel crime, as well as limiting access to the guns being used on the streets. Law and order means achieving accountability in police departments so that civilians of all colors can trust the police they see on the street to be there to protect and work with them rather than threaten them. Otherwise, policing will never be effective, as the Kerner Commission pointed out back in 1968.

The party might also note that 54% of those polled by Quinnipiac supported stricter gun control and, according to ABC News, 50% prioritized reducing gun violence over laws that guarantee their right to guns. And they might consider as well that, significantly, Gallup found in May that only 2% polled thought crime or violence was the nation’s most important issue.
The nation is at another crossroads on racial justice. While Biden is directing attention toward crime, initial reports about his proposals suggest he is seeking to carve out a new path. He wants to slow the spread of firearms, put money into evidence-based community violence interventions and increase the number of summer programs and services available to younger Americans. If the President can keep the discussion centered on these sorts of solutions, he might offer a way for Democrats to respond to public concerns without going down a Nixonian route.

Once the debate accelerates, more Democrats might be seduced into a “tougher” kind of stance. But if Democrats move away from reform based on political expediency, neither party will be prepared to give support to the changes that are urgently needed to eliminate the institutional racism that remains pervasive in our criminal justice system.

Despite what some Democrats are now saying, and what most Republican leaders have already been repeating on a regular basis, true safety depends on a socially just system.