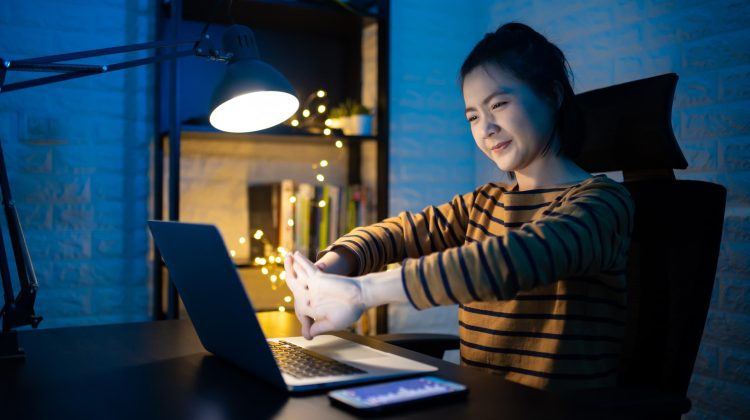 DUBLIN — With more people working from home than ever before, it’s time for a European-wide rule on the “right to disconnect.”

That’s according to Alex Agius Saliba, a Maltese lawmaker at the European Parliament, who is leading efforts on this issue.

The right to disconnect refers to rules that say an employee should not be expected to field work calls and emails, or communications with their bosses, outside of working hours.

In January, a majority of EU politicians backed a legislative initiative to call on the European Commission, the executive arm of the EU, to develop a bloc-wide directive on the issue.

“The political push is there because the visibility of overwork and this blurring between working time and private time has continued to be blurred during the pandemic because of the increase in the number of teleworkers, smart working, flexi-working so something needs to be done,” Agius Saliba told CNBC.

The idea of the right to disconnect has gathered steam since the beginning of the pandemic as vast swathes of the workforce worked away from the office, often in their own homes.

Coupled with an always-on culture around smartphones and constant access to work emails, this can muddle the divide between work time and home life, and see managers overreaching beyond working hours with emails.

Companies and individual countries alike have sought ways to address this issue over the years.

Back in 2012, carmaker Volkswagen blocked certain staff from accessing emails from the evening time until the morning.

In 2017, France introduced regulations that set tighter boundaries around when a remote worker’s obligations begin and end. In 2018, pest control firm Rentokil was ordered to pay 60,000 euros ($71,000) for violating those rules.

Earlier this year, Ireland introduced a code of conduct on the right to disconnect for all workers, where complaints can be brought to a workplace dispute board.

In the U.K., meanwhile, the Trades Union Congress is advocating for that country to follow suit.

“We all need a good work-life balance with some proper downtime. But today’s technology can easily blur the line between work and home, with no let-up from work stresses,” Frances O’Grady, general secretary of the TUC, told CNBC.

“Unions in France, Germany and Ireland have already won rights for workers to disconnect. It is time that workers in the U.K. were protected too with a legal right to disconnect from work.”

Whether it’s codes of conduct or fully-fledged laws, there are difficult questions for employers to navigate when it comes to implementing any right to disconnect rules.

Building a culture that’s considerate of work-life balance can be much tougher. Employees at her company are encouraged to schedule emails to arrive in colleagues’ inboxes during working time rather than sending emails at all hours.

“That cultural language of ‘it’s okay to switch off,’ that’s the one that’s harder to nail,” she said. “It’s about consistency and it’s about spotting when people are stressed, not taking those breaks and are trying to fit too much in their day.”

These initiatives get harder to implement with companies that have international bases across multiple time zones, according to John Lamphiere, regional vice president of EMEA and APAC for software company ActiveCampaign.

There are cohorts within ActiveCampaign’s European workforce that work regularly with colleagues in the U.S. and Asia, requiring late and early work hours.

Lamphiere said an important part of the right to disconnect discussion is giving employees the latitude to work in a way that suits them.

ActiveCampaign is currently devising a company-wide policy on best practices, but Lamphiere said it will not impose strict rules as there needs to be a “trust element in there as well.”

“If we impart very strict rules, then it negates the flexibility because it can’t be both.”

Emma Russell, a senior lecturer in occupational and organizational psychology at the U.K.’s University of Sussex, told CNBC that strict rules can cause problems of their own.

Russell wrote a paper in early 2020 that examined the various effects of the right to disconnect policies on workers.

“Some of the earlier attempts to employ right to disconnect policies were quite harsh in the sense that organizations would cut off access to email servers,” she said.

“Although it’s obviously coming from a well-intentioned place of wanting people to disconnect from their work, there are certain groups where that’s not going to be a suitable mechanism for them.”

A one-size-fits-all policy, especially schemes such as inhibiting access to email accounts, can be potentially detrimental as they don’t consider the flexibility that some people may want or need.

One example Russell pointed to was an employee with carer responsibilities that prefers to structure their workday in a particular way.

“This idea of a one-size-fits-all policy where you just say at 6 p.m. we turn off the email, that’s not very helpful for people who have different lives, who have different responsibilities, who need to be much more flexible in their work,” Russell said.

“If we want to encourage a more inclusive and diverse workforce then it’s [about] trying to be mindful about the needs of those different groups.”

Agius Saliba said that the EU-wide law proposed by lawmakers would set a baseline and minimum requirements with flexibility depending on the needs of different industries and sectors.

The issue of overworking and always-on work culture existed before the pandemic, he added, and the problem will only continue to accelerate in the post-Covid workplace whether it’s with office-based workers or remote workers.

“I believe teleworking will be a reality that will continue to increase even post-pandemic compared to pre-pandemic numbers, so we have to be prepared as a European Union when it comes to legislation for teleworkers, when it comes to creating a level playing field between the conditions of office workers and the conditions of teleworkers,” he said.

“Fundamental rights of workers should be enjoyed by each and every worker.”