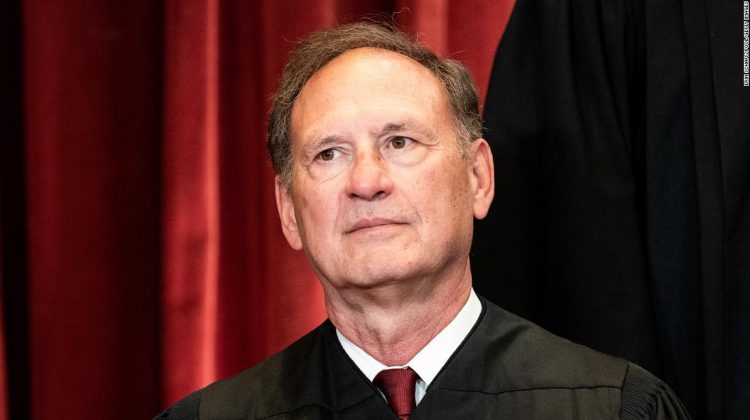 Thursday’s opinion is further evidence that the 71-year-old justice who has served on the court since 2006, wants the new conservative majority — buoyed with President Donald Trump’s three nominees — to swing big.

But Alito’s got a lot more work to do. He fell two votes short, failing to win the backing of Justices Amy Coney Barrett and Brett Kavanaugh.

Chief Justice John Roberts, joined by the court’s liberals as well as Barrett and Kavanaugh , spent a paltry 15 pages to say that Philadelphia had violated the First Amendment rights of the Catholic agency in an opinion that will impact the case at hand and others with similar circumstances.

Alito, by contrast, joined by Clarence Thomas and Neil Gorsuch, swung for the fences in a concurrence that lays out what justices should consider in future cases when religious liberty interests undoubtedly return to the high court. Alito lamented that his colleagues had “emitted a wisp of a decision that leaves religious liberty in a confused and vulnerable state.”

It was just a year ago that a whispering campaign emerged suggesting that Alito was poised to retire. According to a source, Alito was “baffled” by the rumors. Two sources believed they emanated from a Trump White House that was eager for a younger justice or nomination hearings that could change the headlines. For Alito, according to the sources, retirement was not on the table.

Indeed, Alito started this term in October with an unexpected bang. He joined with Thomas to issue an order deeply critical of parts of the court’s 2015 decision that cleared the way for same-sex marriage nationwide, arguing that the opinion disrupted the democratic process and threatened the religious liberty of Americans “who believe that marriage is a sacred institution between one man and one woman.”
The order came on the first day of the court’s new term in a related dispute concerning a clerk in Kentucky who refuses to issue marriage licenses to same-sex couples caught watchers by surprise. Thomas and Alito said that the court in Obergefell v. Hodges, “bypassed” the democratic process.

“Worse still, though it briefly acknowledged that those with sincerely held religious objections to same-sex marriage are often ‘decent and honorable’ the Court went on to suggest that those beliefs espoused a bigoted worldview,” they wrote.

“By choosing to privilege a novel constitutional right over the religious liberty interests explicitly protected in the First Amendment, and by doing so undemocratically, the Court has created a problem that only it can fix,” they concluded.

In November, Alito again raised eyebrows, giving a rare speech and expressing deep concern about the future of religious liberty in the United States.
“It pains me to say this,” he said, “but in certain quarters, religious liberty is fast becoming a disfavored right.”

Alito, who was appearing virtually for an event sponsored by the conservative Federalist Society, told the audience that the pandemic had taken a heavy human toll, killing many and sending others to the hospital. But he dedicated his speech to what it has meant for the rule of law.

“I’m now going to say something that I hope will not be twisted or misunderstood, but I have spent more than 20 years in Washington, So I’m not overly optimistic,” he told the audience.

He said that the pandemic had resulted in “previously unimaginable restrictions on individual liberty” but it had also “highlighted disturbing trends that were already present before the virus struck.” One of those, he said, was with respect to religious liberty.

“Take a quick look at the Constitution,” he said, you will see the “free exercise clause of the First Amendment which protects religious liberty.”

By the next meeting, Alito added, he hoped “we will be able to say that progress was made.”

Throughout the term on several occasions houses of worship petitioned the court asking for emergency relief from covid-related restrictions. Alito signed on to an order penned by Gorsuch concerning California restrictions.

“When a state so obviously targets religion for differential treatment, our job becomes that much clearer,” Gorsuch wrote, saying that California was not treating churches like other secular organizations.

Alito also voted in favor of the Roman Catholic Diocese of Brooklyn that challenged New York restrictions and was in the majority when the court again ruled against California restrictions.

Eyes on the foster agency case

Alito’s vote in the case decided Thursday, Fulton v Philadelphia, was never in doubt. At oral arguments, for instance, he asked a lawyer for the Catholic agency how many same sex couples had ever been “denied the opportunity to be foster parents as a result of Catholic Social Services’ policy.

Then Alito turned to the lawyer representing Philadelphia. “Look,” Alito said, “if we are honest about what’s really going on here, it’s not about ensuring that same-sex couples in Philadelphia have the opportunity to be foster parents.”

“It’s the fact that the city can’t stand the message that Catholic Social Services and the Archdiocese are sending by continuing to adhere to the old-fashioned view about marriage. Isn’t that the case?” he asked.

In his concurring opinion on Thursday, Alito took aim at a 1990 case, Employment Division v. Smith, that holds that if a legal requirement applies equally to everyone — including religious organizations — it is constitutional as long as the government has a rational basis for the law, even if it burdens religious practice.

And although the justices rarely directly overturn precedent, Alito said that Smith was “ripe for reexamination.”

“Even if a rule serves no important purpose and has a devastating effect on religious freedom, the Constitution, according to Smith provides no protection,” he said. He noted that the court had accepted the case to determine whether Smith should be overturned.

But instead, Roberts had focused on the details of the city’s contract that allowed exemptions and held that the agency deserved such an exemption.

“This decision might as well be written on the dissolving paper sold in magic shops,” Alito complained. All the city has to do, he said, was to remove the language about exemptions.

“If it does that, then voila, today’s decision will vanish,” he said, and noted that the decision provides “no guidance” regarding similar controversies in other jurisdictions.

Even though Smith withstood Thursday’s challenge, Alito is making sure it’s constantly under assault. Kavanaugh, for instance, has previously been sympathetic to going further on Smith.

For Alito, the answer is clear. Smith should be replaced with a new test that will bolster Free Exercise rights: “A law that imposes a substantial burden on religious exercise can be sustained only if it is narrowly tailored to serve a compelling government interest.”