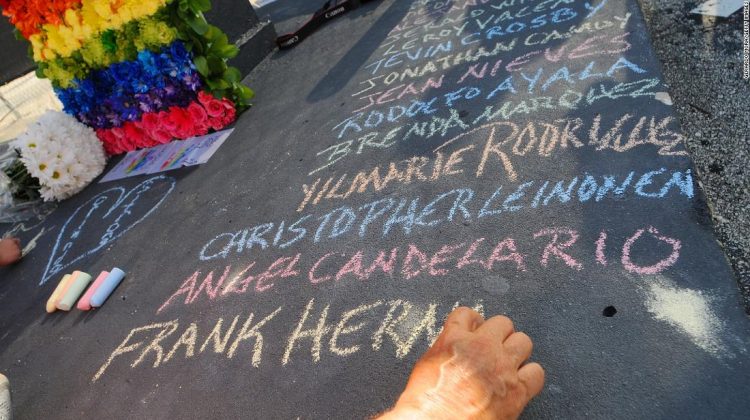 Gay bars and clubs are joyous havens where the members of a shunned community can go to escape the institutions and families that all too often harm them. LGBTQ people can come together, enjoy drinks and maybe flip out to the pop anthems of their favorite divas.

What made the June 2016 massacre at Pulse, a gay nightclub in Orlando, Florida, so horrific was how the attack completely violated that sense of liberation. It was the club’s Latin night, and as old and new friends throughout the diaspora laughed and danced to the sounds of bachata and reggaeton, pride morphed into pain and tragedy when a gunman killed 49 revelers. Most of the dead were Latino.

“The term ‘safe space‘ has been perverted, especially by those who use it as a cudgel against people they think aren’t ‘strong enough’ to live in the real world,” said Brandon Wolf, a Pulse survivor. “But safe spaces are necessary for LGBTQ people.”

In the five years since one of the worst mass shootings in US history, some Pulse survivors and others in Florida’s LGBTQ community have converted their agony into fuel to disrupt the status quo — because at stake is nothing less than their survival.

Wolf wasn’t an activist before the killings.

He was just a regular guy. He had built a career at Starbucks, where he worked for about 12 years and eventually rose to the rank of store manager.

Wolf had gone to Pulse with his friend Christopher Andrew Leinonen and Leinonen’s partner Juan Ramon Guerrero. Both were among the clubgoers who were fatally shot.

The days immediately after the shooting were a fog for Wolf and filled with grief and memorial services. Eventually, though, “I found purpose rising out of pain,” he said.

In July 2016, in honor of his friend, Wolf helped launch The Dru Project, a volunteer organization that creates curricula for high school gay-straight alliances and offers scholarships to students who epitomize the tenets of inclusion and unity.
Three years later, he joined Equality Florida as the media relations manager and began to grapple more expansively with LGBTQ equality.

“At the time of the shooting, my focus was very narrow. It was: If we can just get this person elected or if we can just get this piece of legislation over the finish line, then we’ll have done the 49 victims proud,” Wolf said. “But as I get further and further into the work, I realize that we have so much more to do. And if we’re really going to honor the victims, we have to fundamentally change the way we treat one another.”

Christopher Cuevas, the former executive director of QLatinx, a grassroots organization that was formed in the aftermath of the Pulse shooting to empower Latino members of Central Florida’s LGBTQ community, echoed some of Wolf’s sentiments.

“It’ll take many people a lifetime to recover from the trauma of the shooting,” said Cuevas, who’s nonbinary and uses the pronoun “they.” “But one way for people affected by the violence to process the trauma and confront oppressive systems is through building their political identity.”

In other words, QLatinx isn’t only about healing. It’s also about channeling into advocacy the anguish felt over having been robbed of one’s people and place.

Cuevas also spoke about HR 49, a bill that the Democratic-led US House passed in May that would designate the site of the nightclub as a national memorial. (The House passed a similar bill last year, but it stalled in the Senate.)

“Memorialization wouldn’t only honor the 49 people who were taken from us,” they said. “It’d also recognize the political work that’s grown out of that tragedy — a tragedy that’s influenced the LGBTQ equality movement in Central Florida and the nation.”

“I thought, ‘How do I assess who was there? It’s a gay club on a Latin night, and I’m gay and Latino and live in the city. Everyone I know could’ve been there,’ ” he told CNN.

Unsurprisingly, gun control became a key issue for him.

“The first bill I filed after I entered office in November 2016 was a bill to ban assault weapons and large-capacity ammunition magazines,” said Smith, who’s also the special projects manager for Equality Florida. “It was the first bill I filed for obvious reasons: It’s important to make sure that we honor them (the 49 victims) with action, that we elevate grassroots campaigns with legislation to restrict the kinds of weapons that have killed people in our community.”

But he underscored the profound difficulty of passing gun control legislation because of Republican obstruction.

“The Florida Legislature’s gonna Florida Legislature,” Smith said, archly. “Republicans hold the majority in both chambers. Every year for the past five years, I’ve been the lead sponsor of the bill to ban assault weapons and large-capacity ammunition magazines, and it’s never gotten a single legitimate hearing.”

He has his eye on other issues, too.

“Republican Ron DeSantis, the governor of the state where the Pulse attack happened, kicked off the first day of Pride Month by enacting an anti-trans sports ban and sending a message of hate and exclusion to transgender kids,” the Democratic lawmaker said. “And then the next day, he vetoed funding for Pulse survivors. It’s just cruel.”
Barbara Poma, the founder and executive director of the OnePulse Foundation, a local nonprofit that was created after the shooting, outlined a similarly comprehensive vision for advancing LGBTQ equality. (Poma also owns Pulse nightclub.)

“The foundation is centered on what we call our four pillars: the Pulse memorial, the Pulse museum, our educational programs and our legacy scholarships,” she said. “But the pillars aren’t just about what happened at Pulse. They’re also about the history of LGBTQ people in this country, and the struggles they face today.”

Indeed, five years later, thinking about the 49 clubbers who were massacred while doing nothing more than having a good time still feels like a punch to the gut to many LGBTQ people. That’s because violence, even the fear of it, continues to shape how members of the community navigate the world around them.

Or as Wolf put it, “The ingredients for anti-LGBTQ violence are still here.”