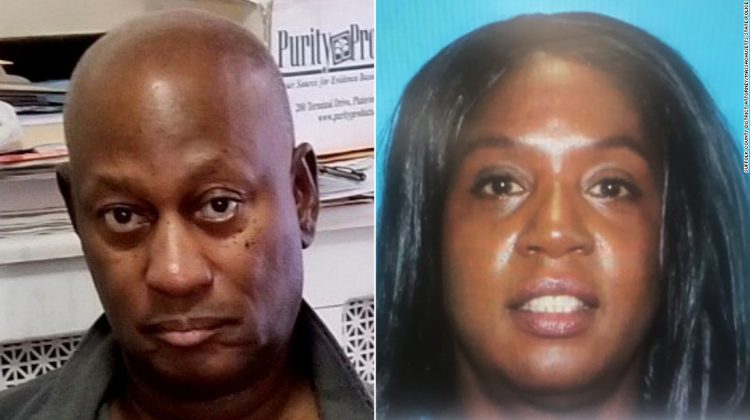 The suspect was identified by law enforcement as Nathan Allen, 28. Rollins said he stole a large truck and crashed it into another vehicle and a building in Winthrop before shooting Green and Cooper. Allen was shot by police and taken to a hospital where he died from his injuries.

“Two innocent people lost their lives in the safe neighborhoods of Winthrop,” Rollins said. “They fought for us to be safe and to have the opinions that we have and they were executed yesterday.”

Asked at the press conference whether the victims were targeted because of the color of their skin, Rollins said the shooter “walked by several other people that were not Black” and did not harm them.

“At this preliminary stage of the investigation, the excellent work of law enforcement has already unearthed troubling white supremacy rhetoric and statements written by the shooter,” Rollins said in a statement Sunday.

Allen’s writings have been linked to “anti-Semitic and racist statements against Black individuals,” Rollins said at the press conference.

“This shooter was married and employed. He had a Ph.D. and no criminal history,” the district attorney said in her written statement. “To all external sources he likely appeared unassuming. And then, yesterday afternoon he stole a box truck, crashed it into another vehicle and a property, walked away from the wreckage interacting with multiple individuals and choosing only to shoot and kill the two Black people he encountered.”

Green became a Metropolitan District Commission Police Officer in 1980 and became a Massachusetts State Trooper 12 years later when the MDC Police were merged into the MSP, according to WBZ.

“Trooper David Green more than upheld the ideals of integrity, professionalism, and service to others that are the hallmarks of a great Trooper. We are heartbroken by his loss and offer our condolences to his family and friends,” Mason said.

Ramona’s son, Gary Cooper, described his mother to WBZ as a good person and “the type of person to help anyone out.”

“You know we’re in 2021. We shouldn’t be hating on other people based on the color of their skin but I guess we are not there yet,” Cooper said.

“I got sick to my stomach when I found out it was racially motivated.”