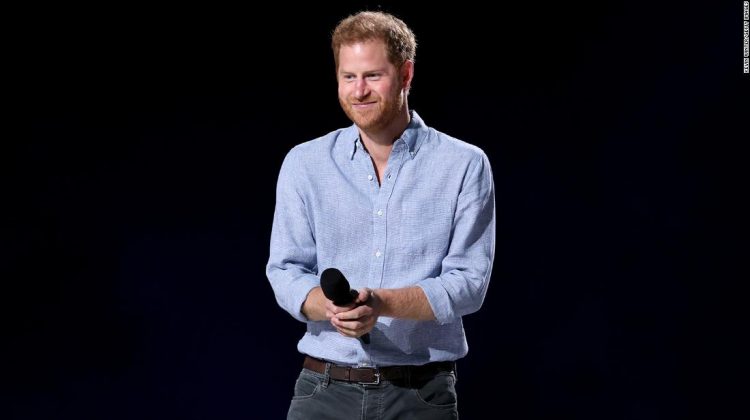 “Thank you for inspiring us with your brilliance, your determination and your compassion,” he said in a video message shared on the charity’s Instagram page on Monday.

“There is great need for young leadership and there is no greater time to be a young leader,” he said.

Prince Harry added: “The Covid-19 crisis exposed severe inequities and imbalances around the world. We saw the disproportionate effect of this pandemic on communities of color, on women, on underserved communities and on less wealthy countries.”

In his short speech he mentioned his brother Prince William.

“My brother and I are recognizing what would have been our mum’s 60th birthday and she would have been so proud of you all for living your authentic life with purpose and with compassion for others.

“Our mum believed that young people have the power to change the world. She believed in your strength because she saw it day in, and day out.”

The Diana Award is the only charity set up in memory Diana, Princess of Wales to focus on young people and change. Diana died following a car accident in Paris in 1997.

Harry and William will reunite on Thursday to unveil a memorial to their late mother.

The brothers co-commissioned the statue from British sculptor Ian Rank-Broadley — whose portrait of the Queen appears on all British coins — to “allow all those who visit Kensington Palace to remember and celebrate her life and legacy.” It will be given prime position in the palace’s Sunken Garden, which Diana enjoyed when she lived there.

Earlier this month, Harry and his wife Meghan, Duchess of Sussex welcomed their second child, Lilibet ‘Lili’ Diana Mountbatten-Windsor. Lili is named after her great-grandmother, Queen Elizabeth, whose family nickname is Lilibet, while her middle name, Diana, was chosen to honor her late grandmother, the couple said in a statement.

Baby Lili is a sister for the couple’s 2-year-old son, Archie Harrison.

CNN has launched Royal News, a new weekly dispatch bringing you the inside track on the royal family, what they are up to in public and what’s happening behind palace walls. Sign up here.