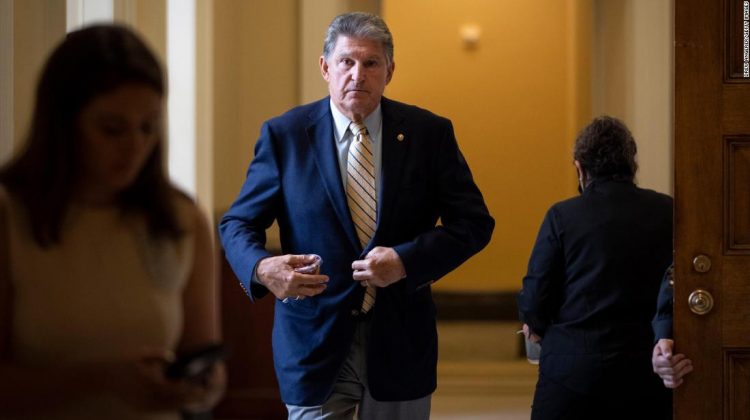 What’s happening: Stocks rallied Thursday as Biden confirmed that Republican and Democratic senators — including Mitt Romney and Joe Manchin — had reached an agreement with White House officials to shell out $1.2 trillion over eight years to fix the nation’s roads and bridges, update public transit and build a network of electric vehicle chargers.

First, it affirms their belief that governments will keep spending gobs of money to boost the resurgent economy, even as central banks start to plot when to pull back crisis-era support.

“Infrastructure spending strengthens an already very strong economic growth outlook,” said Jeff Buchbinder, equity strategist for LPL Financial. “We will very likely get more than $2 trillion in additional spending this year … which [bolsters] the outlook for corporate profits and should keep this bull market going strong well beyond 2021.”

Jeffrey Sacks, head of investment strategy in Europe, the Middle East and Africa at Citi Private Bank, told me that investors are counting on governments to pivot from emergency measures to “growth initiatives” to keep the economic recovery on the upswing.

Wall Street is also watching how Congress plans to pay for the package. While full details have yet to emerge, the bipartisan proposal focuses on using unspent funds from prior relief packages, as well as revenue from selling off strategic oil reserves. It appears to set aside Biden’s proposal to pay for the plan by raising taxes on businesses.

Biden had proposed hiking the corporate income tax rate to 28% from 21%, while increasing the global minimum tax rate on US corporations. That would have hit companies’ earnings — and share prices.

Investors are still prepared for a tax overhaul at some point this year, based on the Biden administration’s aggressive push for change on the global stage. But for now, the infrastructure agreement looks like a “Goldilocks” deal, providing further fuel to markets that were already hitting all-time highs.

Watch this space: The S&P Global Infrastructure Index rose only slightly on Thursday. Bespoke Investment Group notes that rosy expectations were already baked in for many companies that stand to benefit from the package.

“This may be a classic ‘buy the rumor, sell the news’ moment for infrastructure plays,” the group told clients.

Carnival’s customers can’t wait to get on a cruise ship next year.

The world’s largest cruise company said Thursday that advance bookings for 2022 are “ahead of a very strong 2019, despite minimal advertising.”

More than half of its ships are expected to sail again by the end of November, and Carnival expects to have its full fleet up and running again by the spring of 2022.

The latest: There’s growing hope for those eager to hit the seas as restrictions ease. Sailings on numerous cruise lines are slated to embark from US ports within weeks, about 15 months after a no-sail order from the US Centers for Disease and Control and Prevention brought cruises to a halt. But many ships are still waiting for the CDC’s approval.

“We are currently evaluating various deployment options with a focus on maximizing cash flow, while delivering a great guest experience and serving the best interests of public health,” Carnival (CCL) CEO Arnold Donald said in a statement.

Long way back: Executives are sounding optimistic. Yet Carnival posted a net loss of $2.1 billion for its most recent quarter, and noted the process of restarting its operations will bring fresh costs. Shares are up 27% this year, but have been in the red for the last three weeks, underscoring the difficulties ahead.

Travel stocks in Europe are also struggling after the United Kingdom maintained strict restrictions Thursday on travel to holiday hotspots like France, Spain and Italy. EasyJet’s stock shed roughly 1% in London on Friday, as did British Airways owner IAG.

Victoria’s Secret has made a huge pivot. Investors love it

Heading into the pandemic, Victoria’s Secret was in big trouble. The lingerie brand’s image was in tatters, and sales had plunged.

Although marketing trends changed, Victoria’s Secret mostly stuck to the same playbook that helped it dominate the industry for years: push-up bras and scantily-clad celebrity models known as its “Angels.”

“It was all push-up bras that were made for not necessarily what women want to wear, but made for what [Victoria’s Secret] thought men would want,” said Janine Stichter, a retail analyst at Jefferies.

Victoria’s Secret has tapped a new group of women, including soccer star Megan Rapinoe, actress Priyanka Chopra Jonas and plus-size model Paloma Elsesser, to become public faces of the brand. Sales and profits are growing, and L Brands is planning to spin off the intimate apparel brand into a separate public company in August. Stock in L Brands is up about 90% this year, making it one of the best performers in the S&P 500.

The backstory: Retail analysts attribute Victoria’s Secret’s rebound to more inclusive marketing, a wider array of merchandise, fewer markdowns and moves to adapt to online shopping. The brand has also closed more than 250 stores, ditching some of its weaker performing locations.

It still has work to do winning back customers. But Victoria’s Secret seems to be on a much better track.

“I think most people probably doubted their ability to recover after what was a really challenging three to four years,” Stichter said. “But they’ve done it.”

Also today: US personal income and spending data for May posts at 8:30 a.m., along with the latest PCE price index, a closely-watched measure of inflation.

Coming next week: The US jobs report for June is the main event as investors watch for signs of rising wages.