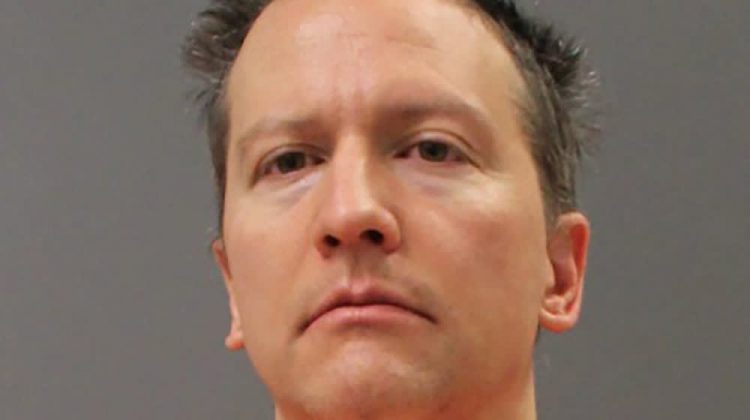 MINNEAPOLIS — Twelve jurors took about 10 hours to convict Derek Chauvin of murdering George Floyd. It was a swift rebuke to conclude the three-week trial of the former Minneapolis police officer.

Their decisive action, however, is no guarantee he will get a harsh punishment when he is sentenced Friday.

Chauvin is part of a small group of nonfederal law enforcement officers — such as police officers, deputy sheriffs and state troopers — who have been convicted on charges related to on-duty killings in the last 15 years and an even smaller bunch to be convicted of murder. On average, those officers have received far less prison time at sentencing than their civilian counterparts.

Chauvin is among only 11 nonfederal law enforcement officers convicted of murder resulting from an on-duty incident since 2005, according to Philip Stinson, a criminal justice professor at Bowling Green State University in Ohio, who tracks police prosecutions.

The average punishment for the nine who have been sentenced so far is 21.7 years in prison, he said, with 81 months as the shortest sentence and life in prison as the longest.

Civilians convicted of murder, on the other hand, received an average sentence of 48.8 years in prison in 2018, according to a report released in March by the Department of Justice’s Bureau of Justice Statistics.

The “shocking nature” of the cellphone video recording of Floyd’s arrest and death, as well as “the flat eye effect of Chauvin’s face as he slowly killed a man” separates this case from others of people killed by police, he said.

The prosecution has asked that Chauvin be sentenced to 30 years. Eric Nelson, Chauvin’s attorney, has asked that he receive probation with time served or for a downward departure from sentencing guidelines.

“His attorneys would probably argue that any period of incarceration, including his time in jail right now awaiting sentencing, is very hard time for a former law enforcement officer,” said Stinson, who was a police officer for a few years in New Hampshire. “Well, that’s true but that’s not the primary concern of the court here.”

Chauvin, who is white, knelt on Floyd’s neck for 9½ minutes May 25, 2020, while Floyd, a Black man, gasped for air and said he couldn’t breathe. Video of the fatal encounter sparked months of global protests against police brutality and fueled calls for police reform.

Chauvin will be sentenced by Hennepin County Judge Peter Cahill, who wrote in a ruling last month that prosecutors had proven there were aggravating factors in Floyd’s death, among them that Chauvin was “particularly cruel” for killing Floyd slowly and abused his position of authority. Cahill also wrote that Chauvin committed the crime with the active participation of at least three other people and in the presence of children — the youngest of whom, the judge noted, was 9 years old and three of whom were 17 years old.

Christopher Brown, a lawyer in Virginia who specializes in excessive force cases, said he believes Chauvin will receive a harsh sentence.

“Chauvin’s trial for the murder of George Floyd case has seen enormous attention and public outcry, and given the verdict came down quickly on all counts, I expect the judge will sentence Chauvin consistent with that outcry and outcome,” said Brown, who won a $3.5 million settlement in 2020 for the family of Wayne Jones, a Black man who was shot 22 times by Martinsburg, West Virginia, police in 2013.

Historically, however, the sentencing in even high-profile officer cases has fallen short of expectations.

Jason Van Dyke, a former Chicago police officer, was convicted in 2018 of second-degree murder and 16 counts of aggravated battery — one for each shot he fired at Laquan McDonald, a Black teenager, in 2014. Van Dyke, who is white, was sentenced to six years, nine months in prison — less than half of the penalty that had been sought by prosecutors. In delivering his ruling, Cook County Circuit Judge Vincent Gaughan said: “This is a tragedy for both sides. This is not pleasant, and this is not easy.”

Van Dyke’s family and several Chicago police officers wrote letters in which they pleaded for leniency.

Given the history of not holding officers to the same standard as civilians under similar circumstances, Gloria Browne-Marshall, a civil rights attorney and constitutional law professor at the John Jay College of Criminal Justice at the City University of New York, said she would not be surprised if Chauvin receives a prison sentence of 15 years or less.

“I’m concerned about the judge’s discretion,” she said.

Stinson has tracked just two instances, from 2005 to 2015, in which a police officer was convicted of murder and received a life sentence as a result of an on-duty incident that was not a shooting, one in Michigan and another in Georgia. Kenneth Bluew, a former officer with the Buena Vista Police Department in Michigan, was charged with murder in the strangulation death of Jennifer Webb, who was eight months pregnant with his son at the time she was killed in August 2011. Bluew was convicted of first-degree premeditated murder, among other charges, which carries a mandatory penalty of life in prison without the possibility of parole.

Marcus Eberhart was convicted in 2016 of murder in the death of Gregory Lewis Towns Jr., 24, who died after he was shocked repeatedly with a Taser while handcuffed. Eberhart, a former sergeant in the Atlanta suburb of East Point, was sentenced to life in prison.

No matter the punishment, neither Stinson nor Browne-Marshall believe Chauvin’s sentence will have far-reaching impact.

“This case is not going to result in widespread changes to policing and reforms in policing,” Stinson said. “It’s one criminal case.”

He said it is very difficult to bring about widespread reforms in policing “when we have a decentralized law enforcement system in this country with more than 18,000 state and local law enforcement agencies.”

“All policing is local,” he said. “And it’s very difficult to legislate reforms.”

If anything, Brown said, he expects a “harsh sentence will result in even greater pushback by law enforcement to necessary reform.”

Browne-Marshall said that while Chauvin’s case has the potential to spark national change, it is unlikely any changes will materialize.

“Unfortunately, from what we could see, most prosecutors are ignoring this case as an outlier,” she said, adding that many prosecutors continue “to turn their backs on their responsibilities to the public and to the victims of police-involved civilian deaths.”

Chauvin’s case is an anomaly, in part, because it was prosecuted by Minnesota Attorney General Keith Ellison’s office, Browne-Marshall said. Local prosecutors typically undercharge police officers if they charge them at all, she said.

“So what signal is this sending to prosecutors across the country?” she asked. “How often will jurisdictions be able to call in outsiders to work on these cases because the prosecutors are working hand in glove with the police department and they believe that their jobs are more to protect police than to protect the public or defend the rights of the victim?”