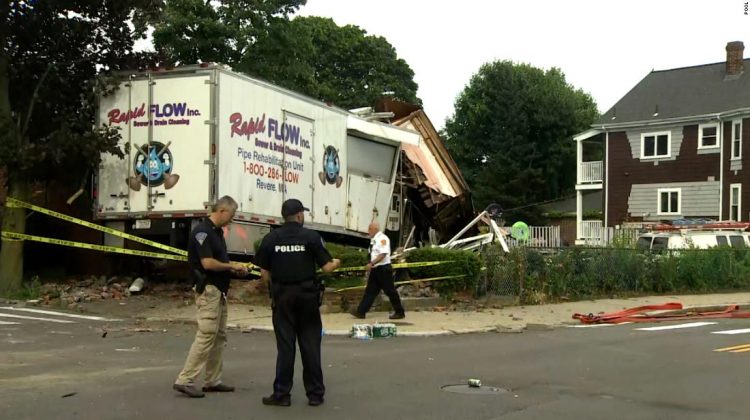 In a statement, the Winthrop Police Department said it received reports that a large truck crashed into a building near Shirley Street and Cross Street in Winthrop at 2:41 p.m. ET and that shots had been fired.

When police arrived they found two people had been shot, the statement said. The suspect was identified and confronted by police, who fired at the suspect, police said.

The suspect was hospitalized. Police did not provide information on the victims’ conditions Saturday evening. One officer was also taken to a hospital for an evaluation, though the officer wasn’t seriously injured.

The incident remains under investigation by Winthrop Police with assistance from police departments in Revere and Boston, along with the Massachusetts State Police.

Chief Terence Delehanty said there was no further danger to the community, but members of the public are being asked to avoid the area.