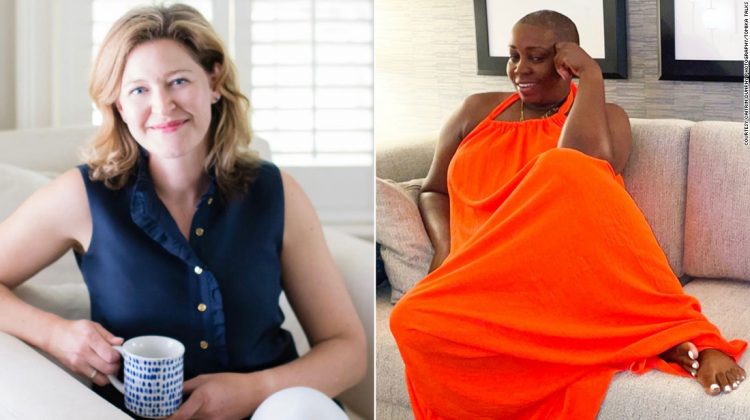 I recently asked about perimenopause on social media. The responses are best characterized by frustration, fury and the question, “Why didn’t anyone tell me this would happen?”

Several issues complicate perimenopause diagnosis and care — the age range for when symptoms start is not well defined; and symptoms are varied, sometimes not specific to the condition and can last several years.

There is also a potential health care timing mismatch. If women rely on primary care physicians for well visits and routine Pap smears, they miss opportunities to communicate with an obstetrician/gynecologist who is more attuned to perimenopause transition.

“There was no support from my PCP, who is usually great,” said Christie Getto Young, a 52-year-old mom of two from Arlington, Massachusetts.

“Because Pap screening guidelines — which are based on valid evidence — suggest screening every three to five years, there’s less impetus to meet with a gynecologist annually,” noted Dr. Caryn Dutton, medical director of family planning at Beth Israel Deaconess Medical Center’s department of obstetrics and gynecology and an instructor at Harvard Medical School. “Patients see us for pregnancy and contraception and haven’t had the chance to hear about perimenopause or menopause symptoms.”

The nonspecific nature of some perimenopause symptoms can lead to dismissal.

“The first things women raise with their doctor regarding perimenopausal symptoms are often related to energy and mood,” said women’s health coach and patient advocate Emily Roach via email. “Doctors will dismiss their concerns and say it’s just part of getting older. They don’t dig into potential issues related to thyroid health, low B12, or gut issues.”

The flip side of dismissal can be overfocusing on perimenopause.

“Doctors were certain I had perimenopause after my breast cancer treatment and that I’d be in menopause in the next 12 months,” said Tomika Bryant, a 49-year-old mother of two from King of Prussia, Pennsylvania. “It never happened and they tried to call it something else. Now they tell me to prepare for perimenopause with every appointment.”

Outside the doctor’s office, women feel siloed in their experience. “I feel like I have been ambushed. By my own self,” said Monica Sakala, a 46-year-old mother of two in Washington, DC.

The lack of conversation unsettles 51-year-old Deborah Reber of Brooklyn. “I felt incredibly let down by all the women who came before me. If I had understood why I was going through what I was going through, I probably would have coped with it better.”

So how can women get proactive about this normal phase of life?

Talk about your experiences

These conversations may feel awkward, but vulnerability can strengthen relationships. “Being specific about our physical ailments — instead of vague and dismissive — can actually deepen relationships and help us all feel less isolated in this process,” said Laura Tremaine, author of “Share Your Stuff. I’ll Go First. 10 Questions to Take Your Friendships to the Next Level.”

Write down dates, times, symptoms and other life occurrences to provide your doctor with concrete information.

“It’s really helpful when a patient comes in with notes on their phone or calendar and can say, ‘I didn’t sleep well, and my hot flashes were worse the next day.’ It helps narrow down the triggers and identify patterns,” Dutton said.

You also may discover patterns on your own.

Sakala started struggling with disrupted sleep a few months ago. “For a while I thought it was pandemic related. Then I realized it was hormonal; two weeks before my period, like clockwork. Up every night at 3am,” she wrote via email.

Roach also encourages using food journals as a tool to identify food sensitivities. She wrote via email, “Our digestive system changes as we age and we don’t break down food the same as we did in our 20’s and 30’s.”

Your medical history may reveal unexpected connections. “I lived with epilepsy in my 20s and had two children in my 30s while continuing treatment for epilepsy,” said Julia Beck, a 54-year-old workplace advocate and strategist from Chevy Chase, Maryland. When Beck had her IUD removed in her 40s, she experienced two severe seizures.

Beck learned about the connection between epilepsy and menopause working with a neurologist and OB/GYN in Boston. “I underwent a series of tests and in-patient diagnostics. They began tracking and seeing patterns that ended up being perimenopause,” she said.

Medication that transitioned Beck from perimenopause to menopause helped get her seizures under control, but then insurance issues put her medication out of reach. “As soon as I stopped taking the medication the seizures started again,” she said.

Prepare to advocate for yourself

Women need to advocate for themselves. “I pushed my PCP to start treating me based on my symptoms and hypothyroidism,” said Rebekah Dunkley, a 46-year-old mother of four from Boise, Idaho.

“I asked my PCP for a referral to an endocrinologist,” Dunkley said. “It took the help of a good endocrinologist to get my symptoms under control, and I have had to navigate some disagreements between my endocrinologist and OB/GYN. It is amazing how much better I feel with proper treatment!”

Roach encourages women to ask questions and request alternatives and second opinions if necessary. “If something doesn’t feel right to you, trust your gut, and then partner with a health advocate who can help you.”

Dutton recommended looking for physicians who list perimenopause and menopause among their interests. “You also can find a certified menopause practitioner at The North American Menopause Society,” she said.
Subscribe to CNN’s Fitness, But Better newsletter: Get back in the groove. Sign up for our newsletter series to ease into a healthy routine, backed by experts

Basic preventive efforts matter. “We know that diet, sleep and exercise have a huge role, not only in most chronic illnesses but in helping to minimize symptoms around menopause transition. For example, exercise can reduce the severity of hot flashes,” Dutton said.

Small adjustments are worth exploring. “Perimenopause worsened my inattentiveness, ability to focus, and productivity,” said Julianna Miner, a 48-year-old Cincinnati mother of three, via email. “I switched to a different type of planner, finding that a bullet journal helped me stay focused and organized. I also gave myself the freedom to measure my productivity differently. I look at what gets done over a week, rather than beating myself up if I have a bad day.”

Early on, the pandemic forced cancellation of medical appointments. Now, as we try to recover, it’s not surprising that we may question ourselves.

“Am I feeling bad enough to justify more tests, more appointments, especially during a pandemic when everyone is struggling?” asked Arlington mom Getto Young.

If you do not feel like yourself, the answer is likely yes.

Christine Koh is a former music and brain scientist turned author, podcaster and creative director. You can find her work at christinekoh.com and on Instagram, Twitter and Facebook at @drchristinekoh.