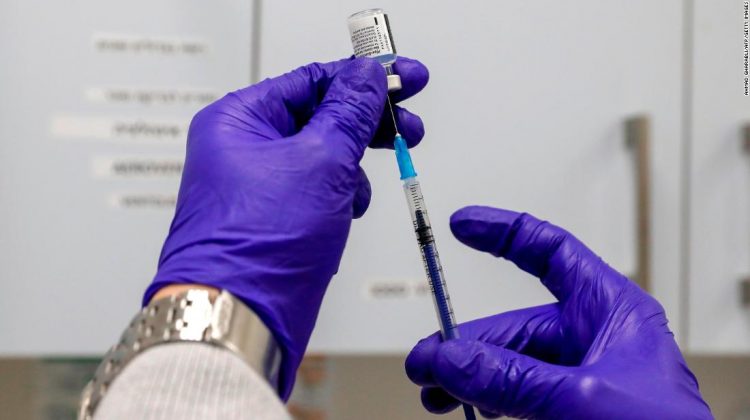 ”It was found that the doses did not conform to the technical specifications as previously agreed upon, and that their expiry date was close,” minister Mai Alkaila said, according to the official Palestinian news agency Wafa.

”Hence, we reached out to Prime Minister Muhammad Shtayyeh, and a decision was made to cancel the deal,” Alkaila added.

The move to transfer Israel’s surplus stock of Pfizer vaccines to Palestinians in the occupied territories, an arrangement already in the works under the previous Netanyahu administration, according to Israeli media reports, was announced Friday morning by the Israeli government.

A government statement had acknowledged the vaccines “will expire soon” but it was not clear exactly how much time remained for Palestinian health authorities to administer the doses before expiration.

According to Reuters, Alkaila said Israel had told the PA the vaccines expired in July or August, but it turned out the true date was June.

As part of the agreed arrangement, a shipment of Pfizer vaccines intended for the PA later in the year was to have been transferred to Israel instead. The PA says it is now calling on Pfizer to speed up that shipment to Palestinians, as per the original contract.

Israel’s leaders won considerable international acclaim for the country’s highly successful rollout of Covid-19 vaccinations to its population of 9 million earlier in the year.

But they were criticized for failing to provide vaccines to cover Palestinians living in the West Bank and Gaza, which under the Geneva Conventions Israel is obliged to do.

Israel argued that it was relieved of those obligations by the Oslo Accords, signed by Israeli and Palestinian leaders in the 1990s, which allocate responsibility for medical care provision to the Palestinian Authority.

Almost 450,000 Palestinians in the West Bank and Gaza have received a Covid-19 vaccine so far, according to PA figures, of whom just over 270,000 have received two doses. The two territories have a population of between 4.5 million and 5 million people.