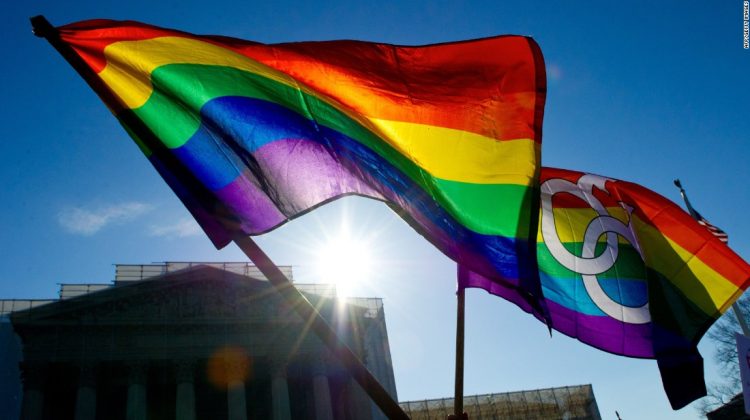 The 24 hours that encompass these developments — one a step forward, the other a setback — are an impeccable reflection of where those who advocate for LGBTQ equality stand as a movement during this 2021 Pride Month: we simultaneously have so much to celebrate, and yet so much still to fight for.

In a unanimous ruling by the Supreme Court on Thursday, the justices deemed that the defendant, the city of Philadelphia, was violating the Free Exercise Clause of the First Amendment to the US Constitution by denying a contract to Catholic Social Services (CSS) after the latter refused on religious grounds to extend their foster and adoption services to LGBTQ couples.

“The City’s actions burdened CSS’s religious exercise by forcing it either to curtail its mission or to certify same-sex couples as foster parents in violation of its religious beliefs,” the decision read. The decision further read that Philadelphia’s non-discrimination laws, which would generally protect LGBTQ people from being turned away from services on the basis of their sexual orientation or gender identity, did not apply here because the law allows for discretionary exceptions.

In other words, the highest court affirmed that it’s OK for religious entities to take government money — our tax dollars — to provide services that they do not offer to all. They can, in fact, turn people away simply because of who they are or who they love. Some call it government-funded discrimination. That was just made perfectly acceptable.

What’s more, decisions like these have ripple effects that extend beyond just the group most immediately named. The Supreme Court ruling, for instance, could open the door for religious entities taking government dollars to turn away unwed mothers from doctor’s offices, Jews or Muslims from homeless shelter spots and any number of other scenarios.

On the flip side, the Education Department just reversed former President Donald Trump’s previous reversal of former President Barack Obama’s original guidance on Title IX. This move brings that guidance into line with last year’s Supreme Court ruling protecting LGBTQ people in the workplace by extending those protections to transgender students in school.
This move could have far-reaching positive impact on transgender and nonbinary students who have long faced discrimination because of their gender identity or expression, and who have faced on onslaught of coordinated legislative attacks on their rights, including curtailed access to medical care and participation in sports.

While the Education Department guidance is most welcome news, it will likely also spur a barrage of lawsuits that aim to uphold recently enacted state laws that restrict transgender students’ rights. The hope is that the federal policy usurps the state laws, otherwise we may find ourselves back in the Supreme Court on this matter.

A 2020 Supreme Court case brought by Gavin Grimm, a then-high school student from Virginia who is transgender and was denied access to the restrooms and facilities the other students used at school, was decided in his favor. But that happened only after four years of legal battling and a great toll on Grimm and other students who suffered from unequal treatment in the meantime because of their gender.

Indeed, this guidance serves as an immediate and gargantuan exhale for the thousands of students and their parents and loved ones across the country, and particularly for those in places where transgender protections are lacking, and where kids fear engaging in seemingly mundane and simplistic tasks like going to pee.

The Education Department guidance, along with recent acts like the passage of the Equality Act in the House, the White House proclamation for Pride Month and the appointment of Dr. Rachel Levine as assistant secretary of health at the Department of Health and Human Services, the highest-ranking transgender woman to serve in a federal position, are all signposts that we are again pointing in the right direction.

Still, the Supreme Court ruling and the dozens of anti-LGBTQ laws that are working their way through state and local legislatures threaten our freedom. And because there are no clear and sweeping federal laws — like the Equality Act, which has passed the House but remains stalled in the Senate — that protect LGBTQ and specifically trans people in places of housing, education and public accommodations, we will continue to feel vulnerable and be subject to the whims of the current administration and localities that do not always have our best interests in mind.

As it stands, so many of our rights as individuals and as families rest on the beliefs of whoever has power in the White House and in Congress, and whether the Supreme Court — as it did this week and has in the recent past — opts for narrowly drawn decisions over the destruction of precedent.

To be LGBTQ in today’s America continues to feel like walking through a field with legal land mines. It means researching each city or town or state before taking a new job or even booking a vacation to understand where you might find yourself a victim of legal discrimination.

Why live somewhere where you risk being kicked out of your home or denied a child a loving home you are trying to provide? Why travel somewhere where you might be turned away from a hospital or doctor or refused access to a bathroom or other public space?

This patchwork legal landscape creates a treacherous and hazardous map for LGBTQ people to navigate, all while just trying to live our everyday lives, raise our families and stay safe through a pandemic and whatever may come next.

Pride was started as a protest against a long history of violence and discrimination against LGBTQ people. It has since evolved into a celebratory parade with support from entities large and small. This year is a clear reminder why we need both celebration and protest in equal measure — we have good reason to dance in the streets while we also clutch our protest signs and continue to fight for our rights.