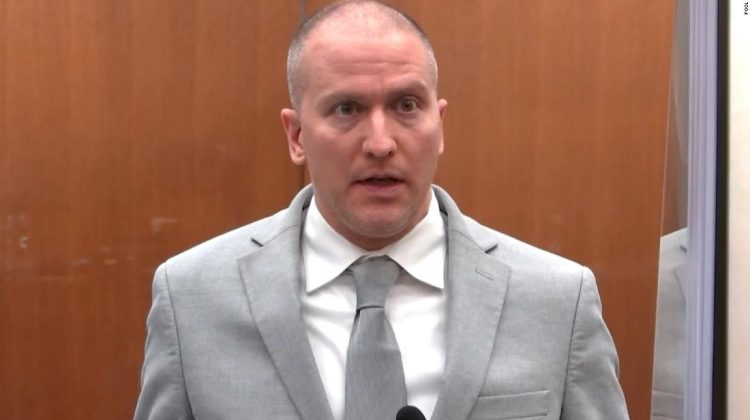 But I don’t feel any more resolved than I did a day ago. In saying in their sentencing memo that “no sentence can undo the damage” of Chauvin’s actions, prosecutors could also have been describing our collective, grim knowledge that no criminal trial can absolve an entire nation’s sins around race.

Far more than some others (because of the nature of my job as a CNN legal analyst), I have closely watched the story play out from its earliest moments. I have been called on to follow and interpret the matter from soon after the commission of the crime, long before anyone was aware of the national moment it would soon catalyze. I know that as traumatizing as it was to watch the video of Derek Chauvin’s actions in George Floyd’s final moments, I certainly wasn’t prepared for what was coming. That feeling of having to live with this story, some days around the clock, continued on through the state’s decision to bring charges, and on to jury selection, trial and Friday’s sentencing.

Beyond my professional role, much of this story has been personal to me as a Black American man. Floyd’s death was a public reminder of that which I’m sure virtually every Black person in America is intimately aware: racism is real; inequities exist in the criminal justice system; even mundane encounters with law enforcement can quickly become deadly. That Floyd’s death seemed to galvanize a national movement and multiracial protests brought others and me equal parts relief and frustration. Relief that finally people were starting to get it about what Black Americans are facing in the streets at the hands of police; frustration that it took an unarmed man’s public slaughter for them to get there.

After 13 months of living with this story daily and in public view, I have a few final observations.

First, today’s sentence is a reminder of something that first got into my head as a young prosecutor: “justice” is a relative concept. Over these months, I would cringe when I would see signs calling for “Justice for George Floyd.” What would that even mean? Despite his 7-year-old daughter Gianna’s heart-wrenching statement at the hearing about how Floyd lives on with her in spirit, no sentence can bring Floyd back to his family. Even under the best of circumstances, criminal sentences are the result of choices made by imperfect humans in legislatures, litigated by imperfect human prosecutors and defense attorneys, imposed by imperfect human judges. Our legal system is a model for others across the globe, but there are countless ways it screws up, regularly.

As I noted on air during the trial, Chauvin could easily have been convicted of one or two, but not all three, of the charges brought against him. To this end, would a conviction of manslaughter, still an act of homicide and a serious offense (albeit one likely to lead to a lower sentence than second-degree murder), still have constituted a measure of justice? In light of everything we know about this case, and its broader cultural meaning, was a sentence of 22 and a half years “just?” Given Minnesota’s laws and sentencing guidelines, coming up with a sentence that is legally defensible is easy enough. But each individual observer of the outcome will have to decide whether he or she finds it deserving of the term “justice.”

Second, like all other homicide cases, this one was a tragic reminder of how complex and fragile the human body is. I last worked on a case involving a homicide in 2006. Since then, until Derek Chauvin’s trial, I had almost forgotten how a victim’s cause of death is a basic element to be proven at trial, requiring the same almost dispassionate level of proof a prosecutor would use to establish that a crime happened on a particular street in a particular town (in order to even get into court, prosecutors need to establish, or the parties must agree, that a crime physically took place somewhere within the court’s jurisdiction).

To me, some of the most gripping testimony was also the most legally mundane: Dr. Martin Tobin, a pulmonology expert, gave his views on Floyd’s cause of death, with graphic, but almost detached, testimony about asphyxia, lung volume, myoclonic seizure and other highly technical concepts. It was all necessary to establish what seemed to be a matter of common sense to anyone who watched bystander videos of the crime: Chauvin murdered Floyd by kneeling on his neck until he no longer showed a pulse, and then for a full two and a half minutes after that.

Even as a former prosecutor, I still remain surprised by how much this aspect of the trial upset me. It wasn’t because Tobin was talking about death in a methodical way; the best expert witnesses are able to present complex information in clear, measured terms a jury can understand. To the contrary, it took me back to the first time, years ago, I saw an autopsy photo on the job. Both were chilling reminders of how easily human beings — complex souls with loved ones, interests, dislikes, complexities, and all else — can go from being fully here to being just there.

Even a trial to vindicate the death of an innocent Black man, in a case fraught with centuries of baggage around race, class and policing, ultimately came down to the macabre details of hard science. The fact that such a moment had to be reduced to a seminar in human physiology was a reminder for me of my own mortality, the fragility of existence, and the fact that Floyd the man was, for a major portion of the trial, reduced to Floyd the body. That was a lot.

Finally, along those lines, the entire saga reminded me that success in two worlds I inhabit — media and the law — requires a level of personal separation from the underlying subject matter of the work. That distance, on stories like this one, comes at a cost. While, as an analyst, I have more latitude than my journalist colleagues to bring my personal perspectives to the work, maintaining any level of distance from material that is so deeply personal and intense has been, to make a bit of an understatement, a challenge. Today, as ever, I am grateful for the platform, endlessly saddened by the subject matter, and concerned about the future we must all share.

A big part of the national tale of Chauvin, Floyd, and the great racial reckoning of 2020 is now closed. However, no matter how far the country has come since George Floyd’s death last May, we have far more work to do.