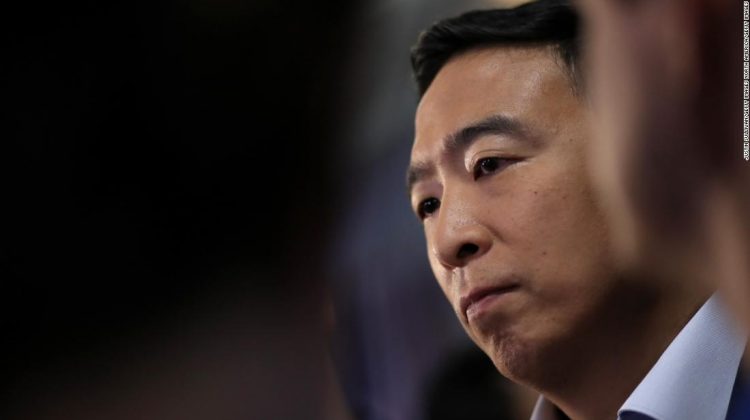 Yang entered the mayoral campaign fresh off an unsuccessful presidential campaign, where his innovative ideas around universal basic income, sharp focus on the challenges posed by automation and artificial intelligence, and upbeat demeanor seemingly caught the attention of pundits and voters alike.

Yet he failed to realize the kind of coalition he would need to build to win a Democratic primary in New York. Instead of focusing much energy on Black and Latino voters, he tried to cobble together a new coalition of Asian Americans, ultra-Orthodox Jews and young moderates. And, even in that, he appears to have only partially succeeded.

While there is no exit poll data, according to a New York Times map created from Board of Elections data, Yang performed well in the Chinese Americans parts of Queens and Manhattan.
But overall in Queens, which should have been his strongest borough because of its substantial Asian American population, Yang finished a disappointing third behind two African American candidates, Eric Adams and Maya Wiley. Yang also finished third in Staten Island, the borough that produced by far the fewest votes in Tuesday’s primary, and fourth in the other three boroughs.
Yang’s ultra-Orthodox Jewish supporters, according to precinct level data, stuck with him, but he did not expand his base much beyond that. Additionally, in more moderate parts of Manhattan, like the Upper East Side, he was trounced by Kathryn Garcia.
Yang’s campaign got very little support in heavily Black and Latino parts of the city, including central Brooklyn, southeast Queens, northern Manhattan and almost all of the Bronx. In those areas, which constitute a significant portion primary voters, Adams and Wiley performed best — and this is likely why they have been catapulted to first and second place in the first round of ballot counting.

But there is more to Yang’s dismal showing than just demographics and the enduring power of the Black vote in New York City Democratic politics. During the campaign, Yang transformed from the upbeat and innovative candidate we saw in 2020 presidential race into a seemingly angry urban reactionary.

Yang began the race as cheerleader for post-Covid New York. Although he presented several policy proposals to get the city back on track, such as providing cash for the poorest people in the city and free tutoring for public school children, as the campaign progressed and crime became a dominant issue, Yang drifted from his idealism to fiery conservative rhetoric about getting tough on crime.
He even began the last debate by boasting of the support he had from the Captain’s Benevolent Association, a prominent police union. It was almost as if Yang didn’t realize that police unions are not so popular among Democratic primary voters in New York.
In that same debate, Yang responded to a question about helping people who are mentally ill by showing a flash of temper when he said they “have rights, but you know who else have rights? We do. The people and families of the city” — further minimizing the needs of this already marginalized community.
Shortly after, in a radio interview, he fleshed out his comments. “We all see these mentally ill people on our streets and subways. And you know who else sees them? Tourists. And then they don’t come back, and they tell their friends, ‘Don’t go to New York City.'” To be sure, there is an audience for that kind of insensitivity, but, as is evidence from some of the early precinct data, they do not reside in neighborhoods like the Upper West Side, Chelsea, Harlem or Park Slope or other areas where large numbers of Democratic primary voters live.
Additionally, the candidate who ran for president by claiming he wanted to “Make America Think Harder,” found himself arguing that ultra-Orthodox yeshivas should not have to improve their non-religious curricula, even though, according to education nonprofit Yaffed, they often offer subpar secular education. Mayoral candidate Yang, who as a presidential candidate stressed the need for Americans to learn more science and math, was willing to give ultra-Orthodox Jews a pass on that in exchange for their votes.

Yang has run for office twice and lost badly each time, so he likely does not have a future in elected politics. Some might say this is unfortunate since Yang has a lot to offer. But based on what we saw Tuesday, New York Democrats decided they weren’t interested in anything the former presidential candidate was offering.