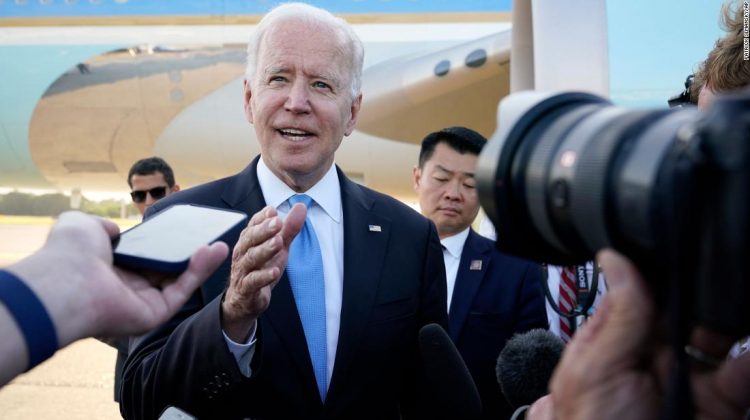 American liberals often ignored the old adage that “politics stops at the water’s edge,” frequently slamming Trump while in office for what they claimed were Trump’s kid-gloves against Vladimir Putin. Yet the Trump administration took steps to assist Ukraine against Russian aggression, including the sale of lethal arms to Ukraine.
Biden is also failing to deter Putin (and help Ukraine) by waiving sanctions against the company in charge of building Russia’s Nord Stream 2 pipeline project. Trump stood strong against Putin by applying sanctions against the construction of the pipeline under the Baltic Sea, which bypasses Ukraine.
On Wednesday, during his post-summit news conference, Biden did not mention if missile defense systems in Europe — another key Russian deterrent — came up during his meeting with Putin. In 2009, Putin called Obama “correct and brave” for scrapping a major missile defense system in Poland — a major giveaway to the Russians (Obama agreed to a smaller system). Trump reversed the fraying Polish relationship by signing a $4.75 billion missile deal to defend Poland and moving US troops to Polish soil. However, there was no word on whether Biden will revert to his old boss’ position, which would leave this major US ally out in the cold.

Undoubtedly, the handling of Russia is complex. The US defense will require the use of tactical policies on all fronts.

If the President is looking to follow in anyone’s footsteps on foreign policy, it should be Trump’s. And in several ways, it seems like he’s been doing just that.

Biden did the right thing to pressure Russia by upholding US withdrawal from the Russia-Open Skies Treaty earlier this year — which amounted to a change in tune by Biden. When Trump announced he would leave the treaty in May 2020, Biden called the decision a “short-sighted policy of going it alone and abandoning American leadership.” Biden said this would “increase the risks of miscalculation and conflict” and alienate Europeans who wanted the US to stay.
The Open Skies Treaty wasn’t the first time Biden reversed course from criticism of Trump. Biden joined other G7 nations this week to call for continued pressure on China for a new investigation into the Covid Wuhan lab origin. After Democrats shunned Trump and other conservatives for raising the issue, Biden now wants to further investigate.
Also, Biden and other Democrats now appear to be joining the footsteps of the Trump team with heightened overall scrutiny of China (though Biden’s budget proposal would weaken the US military).
In addition to supporting bipartisan legislation to bolster competitiveness with China, Biden expanded the list of Chinese companies barred for US investors. On the Uyghurs, Biden’s administration continues pressure for human rights protections, similar to efforts under the Trump administration.
On NATO spending, Biden’s Defense Secretary Lloyd Austin will keep Trump’s approach to pressure NATO allies to fulfill their treaty responsibility of a minimum 2% GDP spending on defense. Trump was much derided by critics who said he wanted to dismantle NATO, yet NATO Secretary-General Jens Stoltenberg said Trump’s approach had an “important” and positive impact on the organization, “because we need fairer burden sharing in the NATO alliance.”
Biden is also in sync with Trump in a continued commitment to withdraw US troops from Afghanistan. The President should ensure, however, that Afghan translators, and their families, who served the US military aren’t left behind in harm’s way.
One key difference in this trip abroad: though Trump notoriously battled with the press, he made himself personally far more open to news conferences and ad hoc questioning. Disturbingly, The Washington Post’s chief White House correspondent Ashley Parker reported Biden was less transparent during his travels than Trump in journalistic access: “the US press — a key part of any functioning democracy — has gotten less access than under previous administrations,” Parker tweeted. “And is now forced to resort to updates (from) … the Turkish government Twitter account.”

Personal missteps aside, Biden has a golden opportunity to continue robust foreign policies handed to him by his predecessor. If he can set aside partisanship and act beyond rhetoric, this will strengthen America and the world.