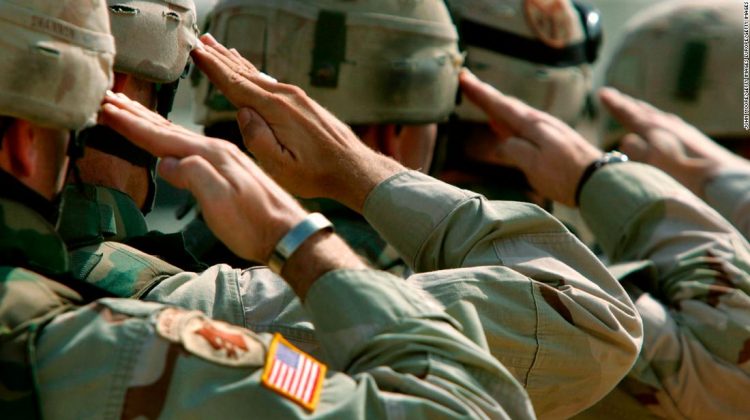 Unfortunately, our nation has not always honored that solemn promise. From Agent Orange in Vietnam to burn pits in Iraq and Afghanistan, generations of American soldiers have returned home from the battlefield, only to discover that they were exposed to dangerous and toxic hazards overseas. And when they seek recognition from their government, they are too often met with resistance or skepticism.
This is tragically playing out once again for the men and women who served at Karshi-Khanabad, or K2, a Soviet-era air base in southern Uzbekistan that the US military used to support missions into Afghanistan following the 9/11 terrorist attacks. While US forces worked and lived at K2 between 2001 and 2005, many service members described glowing green pond water, black goo oozing from the ground and signs that warned of radiation.
The Defense Department knew that ground contamination at the K2 airbase posed health risks to US troops in 2001, according to a McClatchy report, and a military health assessment from 2004 that found “the potential for daily contact with radiation exists for up to 100% of the assigned units” at K2. As of October 2020, a CBS News investigation into a Facebook group for military personnel with K2-related health concerns found that nearly 2,000 veterans self-reported life-altering health conditions, which they believe to be linked to their deployments to K2, including hundreds who have been diagnosed with cancer.
And yet, the Department of Veterans Affairs continues to deny the claims of veterans, saying late last year that more scientific investigation is needed to link these illnesses to their deployments.
This has left many K2 veterans ineligible for certain preventative health programs and unable to receive VA disability benefits in connection with their service at K2. Although the VA currently allows K2 veterans to submit claims for disability assistance on a case-by-case basis, it is rare that veterans are able to demonstrate that their specific illness was directly caused by the toxins they were personally exposed to at K2. Some K2 veterans have sadly passed away while waiting for the VA to make a determination on their eligibility.
That is why, last week, we introduced the K2 Veterans Care Act of 2021 to grant presumptive status for K2 veterans in order to ensure they receive the health care and disability benefits they have rightfully earned and deserve.
In January 2020, the Committee on Oversight and Reform Subcommittee on National Security launched a probe to determine whether more than 15,000 servicemembers may have been exposed to toxic chemicals during their deployments to K2 between 2001 and 2005. We also introduced legislation that would require the Department of Defense to conduct a study on the impacts of toxic exposures at K2 on the health of those who deployed there. This provision was included in the National Defense Authorization Act for Fiscal Year 2021, and we are grateful to our House and Senate colleagues for their support.
During its year-long investigation, the National Security Subcommittee uncovered clear evidence that K2 service members were exposed to multiple toxic hazards at K2, including jet fuels and petrochemicals in the soil, burn pits, depleted uranium, hazardous airborne particulate matter, and other cancer-causing chemicals. And yet, at a subcommittee hearing in November 2020, the VA claimed in a written testimony that, “We will have to await completion of VA’s prospective epidemiologic study for a thorough and valid assessment of possible or identified adverse long-term health outcomes among the K2 Veteran-cohort, which may be associated with their possible or known exposures to environmental hazards while deployed at K2.”
The study is expected to take 12-18 months to complete, according to the VA.
But the evidence uncovered to date by the National Security Subcommittee and investigative journalists is already damning. It’s been nearly two decades since US troops first deployed to K2 in 2001, and those veterans and service members who have fallen ill need immediate assistance. Too many of these men and women in uniform are spending thousands of dollars out-of-pocket for hospital visits and treatments that might have otherwise been covered if they were eligible for service-connected disability benefits from the VA.

We can do better. We must do better. The moral imperative to care for our nation’s warriors far outweighs the financial costs of providing disability benefits to sick and struggling veterans.

Our K2 veterans and service members deserve our gratitude and respect. They answered the call to serve when our country needed them most. Now, it is our turn to fulfill our solemn oaths to them.