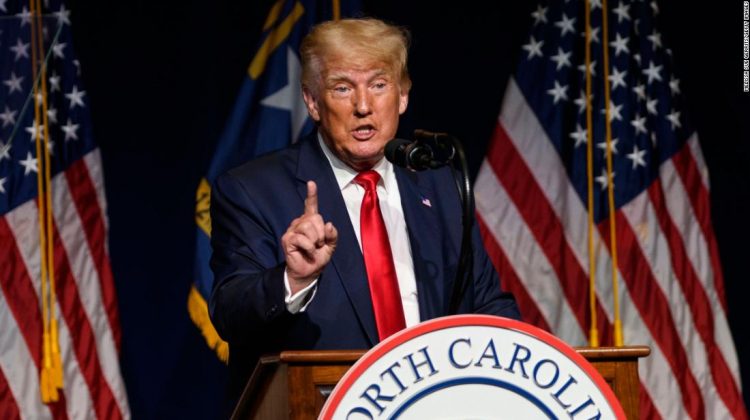 Whoever wins the election will be handed a caseload that will include, in all likelihood, the prosecution of the Trump Organization in what could be the most consequential legal case in our nation’s modern history. For more than two years, the office of Cy Vance Jr., the current Manhattan DA, has been conducting a sprawling investigation into the inner workings of the Trump Organization’s finances stemming in part from hush money payments made to women who said they had extramarital affairs with Trump (which he has denied). The Manhattan DA’s office has also suggested it is looking into allegations that the Trump Organization inflated property values in statements to lenders and insurers while undervaluing assets for tax purposes.
In an unusual move, the Manhattan DA’s office has teamed up with State Attorney General Letitia James. James’ office, which had been conducting its own civil investigation, issued a statement last month saying, “We are now actively investigating the Trump Organization in a criminal capacity, along with the Manhattan DA.” Trump responded by calling it a “witch hunt” and wrote, “There is nothing more corrupt than an investigation that is in desperate search of a crime.”
The investigation seems to have reached a fever pitch, but Vance, who became the Manhattan DA in 2010, announced earlier this year that he would not be seeking re-election. Many experts now believe he will venture into uncharted legal terrain and bring charges against either the former president or his organization (or both) before he leaves office.
Nine contenders — eight Democrats and one Republican — are now vying for the position.
The stakes of Tuesday’s primary couldn’t be higher. In a city where registered Democrats outnumber Republicans more than 6-to-1, it is all but ensured the winner of Tuesday’s Democratic primary election will go on to win the general election this fall (the election is not among the NYC races using ranked choice voting this year).
While there is scant public polling available, oddsmakers as well as many political insiders believe it’s really a two-horse race between Democratic candidates Tali Farhadian Weinstein, a former federal prosecutor and general counsel for the Brooklyn district attorney, and Alvin Bragg, a prosecutor in the state attorney general’s office.
Farhadian Weinstein, the wife of hedge fund manager Boaz Weinstein and a favorite among the Wall Street set, has plowed more than $8 million dollars of her own fortune into her campaign. According to recent reporting from ProPublica, Farhadian Weinstein and her husband paid almost zero income tax in four recent years, a potentially thorny reality for the person vying to prosecute a former president who famously avoided paying federal income taxes for years. (She issued a statement saying she and her husband paid federal, state and New York City taxes in six of the last 11 years, adding that they did not pay income tax in the other years because they earned no net income.) Farhadian Weinstein also interviewed with Trump administration officials for a federal judgeship, according to the New York Times.
Alvin Bragg, on the other hand, has a strong base of support in Harlem, where he grew up. He has also won the support of the New York political establishment, including endorsements from US Rep. Jerrold Nadler and former US Attorney for the Southern District of New York, Preet Bharara. He was also involved in suing the Trump administration during his time as the state’s chief deputy attorney general. It’s not hard to imagine the former president, who has already cast the NY investigation as a witch hunt, weaponizing Bragg’s past experience to argue that he is biased or politically motivated.
It’s also notable that three of the candidates have never prosecuted anyone. Tahanie Aboushi is a civil rights lawyer, while Dan Quart is a state assemblyman. Then there is Eliza Orlins, a public defender who has amassed a massive social media following after stints on reality TV shows like “Survivor” and “The Amazing Race.” All three have also vowed to cut the office’s budget.

Regardless of who wins the election, the incoming DA will inevitably get swept up in a political and media maelstrom like none other.

Vance’s office, which obtained Trump’s tax returns in February after a long legal battle that reached the Supreme Court, has enlisted the help of former federal prosecutor Mark F. Pomerantz, who famously oversaw the case against John A. Gotti, the Gambino boss. The office has also convened a special grand jury, although it remains unclear whether they will be asked to consider any potential indictments. That grand jury, however, can sit for up to six months to hear evidence — a timeline that could potentially take the ultimate decision about whether to indict up through the end of the year.

If Vance’s office charges Trump, members of his family or other Trump Organization executives, the former president and his loyal followers will likely be on the offensive, taking to conservative media to attack the new DA’s record and any perceived political motives. The future DA and case prosecutors could also face security concerns, given the potential ramifications this case could have on Trump and his political future.

If Vance’s office doesn’t bring charges before he leaves office, then it will be left to the incoming DA to make that call, and come January 2022, the new Manhattan DA will be drinking from the fire hose with no time to ease into the job — which suggests that someone with high-level prosecutorial experience might be best positioned to succeed this time around.

With numerous candidates on the ballot, Manhattan voters must choose wisely come Tuesday; whoever ends up winning the Manhattan DA race must not only have the wisdom and moral compass that the role has always required, but ample amounts of strength, fortitude, political smarts and cojones to take on the former president.

It won’t be a walk in Central Park. With crime on the rise, longstanding issues of law enforcement and race on people’s minds, and a host of other issues that come with ensuring that justice is carried out in the most densely populated 23 square miles in America, the case against the Trump Organization will be far from the only item on the next DA’s plate — but it will certainly be the one for which he or she will best be remembered.