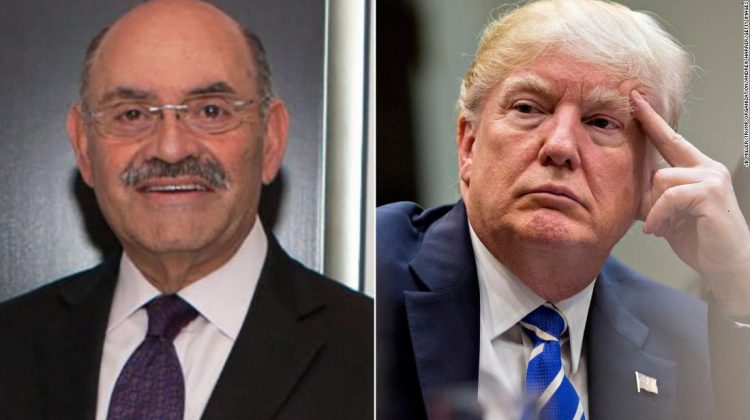 Weisselberg, chief financial officer of the Trump Organization, has become a central figure in New York prosecutors’ drive to unravel the rat’s nest that is Donald Trump’s financial records to determine whether or not there was criminal activity there. The pressure was raised on Weisselberg recently as his own tax returns became a subject of investigation. This development could make him the man Trump fears most in the world. The former president released a statement calling the probe corrupt, and adding “There is nothing more corrupt than an investigation that is in desperate search of a crime. But, make no mistake, that is exactly what is happening here.”
To understand the threat posed by Weisselberg it helps know his background. First employed by Trump’s father Fred as his personal accountant in 1973, Weisselberg is 73 — just one year younger than Donald Trump. Fred Trump played every angle, attracting the attention of both the press and government investigators.
Under Fred’s tutelage, Donald and Allen rose in tandem, with Donald acting as the outside face of the company and Weisselberg quietly managing things inside. As the younger Trump built his empire on publicity and gained fame, Weisselberg was promoted from accountant to chief financial officer, and helped create the jumble of roughly 500 companies that make up the Trump empire.
Having spent nearly 50 years inside the Trump organization, he has almost certainly played significant roles in businesses ranging from Miss Universe to Trump’s casinos, and he has handled Trump’s personal finances. Weisselberg was on the job during previous moments of controversy, including in 2002 when Trump Hotels ran afoul of the Security and Exchange Commission and in 2018 when the Trump Foundation was required to shut down as part of a settlement with the New York attorney general.
According to the attorney general, the Trump foundation, which Weisselberg served as treasurer, was used to organize events that benefited the Trump campaign for president. Foundation funds were distributed in ways to benefit the campaign as well, per the lawsuit.

Trump himself was required to pay $2 million to various charities to end the case.

As closed-mouthed as Trump is voluble, Weisselberg hasn’t commented on any of the legal issues involving himself and the former president. Throughout his career the quiet Weisselberg has been so loyal that his former daughter-in-law, Jennifer, once told the New Yorker that, “He has more feelings and adoration for Donald than for his wife.”
Her former husband, Barry, who worked for Trump, may get caught up in the legal dragnet, which could change Allen Weisselberg’s thinking when it comes to cooperating with the authorities. If Barry is drawn into the case, the old number cruncher could feel more pressure to break from Donald Trump with the hope of protecting himself and his own child. Neither Allen nor Barry Weisselberg have been accused of any wrongdoing.

If Weisselberg chooses to walk the path followed by the heroes of his trade, from Wilson to Friehling, he could help authorities understand the inner workings of the Trump Organization and take his place in the accountants’ hall of fame no matter how things end.