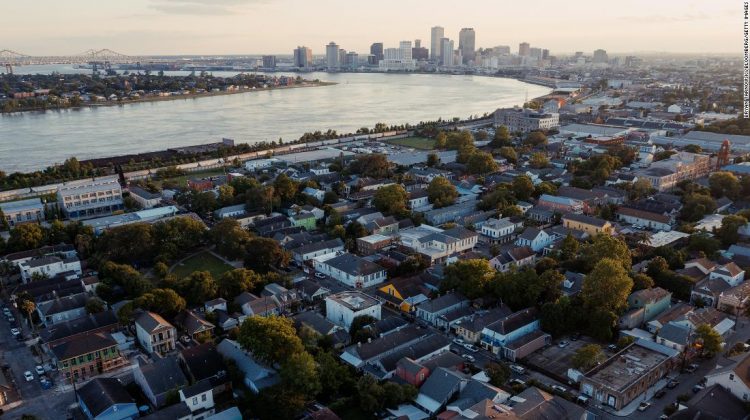 Despite being overvalued, there is no sign the housing market is in a bubble. (A bubble develops when there is speculation, or when buyers purchase homes with the sole intent of selling quickly for a profit, which isn’t happening today.) But stress lines are beginning to appear, and the housing market is set to cool off.

The increase in home prices is stunning. Nationwide, house prices are up double digits over the past year, and this comes after a decade of solid price gains since the housing market bottomed in the aftermath of the financial crisis. Indeed, the median existing home price — half of homes sold for more and half for less — is closing in on $350,000, almost double what it was a decade ago.
Think about the return you would have earned if you had the gumption to buy the median-priced home at the bottom of the market after the financial crisis, say with a typical 20% down payment. It comes to an approximately 560% return.
There simply aren’t enough new homes right now to meet demand, and the vacancy rate for homes for sale has never been lower. Homebuilders have been slow to put up more homes, especially at lower price points, given more restrictive zoning since the financial crisis, and much higher labor and material costs recently.
The house price gains are powered by the collapse of fixed mortgage rates to record lows during the pandemic. They have risen a bit in recent months, but they are still below 3%, making them extraordinarily attractive. Since most homebuyers purchase as much home as their mortgage payment will allow, lower mortgage rates quickly juice up demand and house prices, particularly when there is a shortage of homes.
Further supercharging house prices has been the pandemic-fueled work-from-anywhere phenomenon. This has driven apartment-dwelling households in the nation’s biggest cities to move to homes in the suburbs, exurbs, and smaller towns and cities. New Yorkers and Californians, who are used to outsize house prices, viewed much lower prices in smaller communities as bargains, even though they paid much more than any previous buyer had.
The federal government’s yeoman efforts to shore up the single-family mortgage market during the pandemic also bolstered the housing market and home prices. The foreclosure moratorium and the forbearance on government-backed mortgage and student loan payments have forestalled distressed homes sales, which typically are sold at big price discounts, and thus weigh on house prices.

But stress lines are beginning to show in the housing market. Home prices have risen so far, so fast, that they have become overvalued. Nationwide, house prices appear overvalued by approximately 10% to 15% when comparing price-to-income or price-to-rent ratios with their long-run historical averages, according to my analysis. Some markets, mostly in the South and West, are seriously overvalued — by more than 20%.
Overvalued housing markets are vulnerable to a meaningful price correction as mortgage rates eventually rise. And they will. The Federal Reserve thinks the economy is set to quickly return to full health and is signaling that it will thus soon begin to normalize interest rates. Moreover, work from anywhere, while likely a fundamental change in the way we live and work, is also sure to partially unwind as companies ask their employees to come back into the office. And the foreclosure moratorium and mortgage and student loan forbearances are set to expire in coming weeks.

Housing demand will thus weaken. House prices will adjust. Not that there will be broad-based house price declines; that still seems a small threat. That would require a significant increase in mortgage defaults and distressed sales, which is unlikely given the improving job market and generally tight mortgage underwriting standards since the financial crisis.

Moreover, the housing market isn’t in a bubble. Unlike the housing bubble we saw prior to the financial crisis, house flips, defined as an arms-length sale within one year of the previous sale, remain low, according to my analysis. And much of the flipping that is happening is by investors purchasing older homes, particularly in older Northeast and Midwestern cities, renovating them, and then quickly selling.

But house price gains are sure to cool off, a lot. There may even be some modest price declines in the most hyped-up high-end parts of the housing market, in second- and vacation-home locations, and in smaller and midsize cities that have seen the biggest influx of work-from-anywhere households. And while being a homeowner is generally better financially than being a renter, homeowners shouldn’t count on the outsize returns they enjoyed in the past decade to come anywhere close to repeating in the coming one.