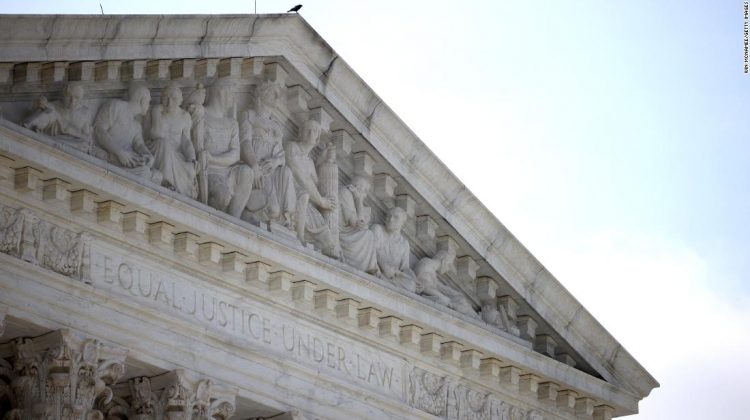 Denied a spot on the varsity cheer squad in early 2017, 14-year-old Brandi Levy took to Snapchat to vent her frustration. “F**k school f**k softball f**k cheer f**k everything,” she wrote on a photo she posted to Snapchat, a message and photo-sharing app where posts vanish 24 hours after they appear. Though she sent her post privately to her followers, someone snapped a photo of it and shared it with the squad and coaches. As a result, Levy received a one-year suspension from cheer.
On Wednesday, the Court ruled 8-1 in Mahanoy Area School Dist. v. B. L. that the school had violated Levy’s First Amendment rights. And while the Court found decisively in favor of Levy, its ruling reinforces the historical murkiness of minors’ political rights, especially the right to free expression — and was far too narrow to be adequate for students in a digital age.
Mahanoy is part of a nuanced subset of free-speech jurisprudence: the First Amendment rights of children attending public school. The Court concluded in 1969 that students did not “shed their constitutional rights to freedom of speech or expression at the schoolhouse gate.” Yet even if students did not shed those rights, they surely did not fully retain them. Public schools, adopting a parental role when students were in their care, had the ability to rein in what, where and how students could express themselves. Yet as the Mahanoy case shows, that parental duty easily shades into a paternalism that is more about protecting those with power than guiding children into adulthood.
Court intervention on behalf of students’ rights is a relatively recent development. To the extent children’s rights were recognized before the mid-20th century, they were almost entirely centered on child abuse and child labor laws. It was not until the 1940s that the Supreme Court began to recognize some rights for children in public schools — that they could not be compelled to salute the flag, or, in a later ruling, that they could not be forced to pray.
But the idea of a right to free expression did not emerge until the late 1960s. In 1965, three students ranging from 13 to 16 years old were suspended for wearing black armbands to protest the war in Vietnam. The case made its way to the Supreme Court a few years later, where the justices established the “schoolhouse gate” standard. While schools could regulate students’ speech, they had to show they were doing so out of “something more than a mere desire to avoid the discomfort and unpleasantness that always accompany an unpopular viewpoint.”
Future rulings chipped away at that standard, expanding the schoolhouse to include extracurricular activities, off-campus events and even areas near the school. And what counted as protected political speech versus just disruptive blurred as well. As late as 2007, the Court ruled that a school was right to punish a student for holding up a “Bong Hits 4 Jesus” sign near school property, because it advocated the use of illegal drugs.

That case makes clear the underlying paternalism of schools’ approach to speech. The “Bong Hits 4 Jesus” sign might have embarrassed or annoyed school administrators, but the pearl-clutching about “illegal drugs” was overwrought, even in the decade before widespread legalization. It also highlighted the Court’s blind spot: If the sign could be read as advocating illegal drug use, it could also have been read as an act of political speech, given the debates around decriminalization and legalization. (Though a more accurate read would be to see it as a little light trolling taking place off school grounds.)

Those historical developments are good to have in mind when thinking about the Mahanoy case. In recent decades the Court has sought to widen public schools’ parental and paternalist reach, shrinking the sphere of students’ free speech rights. After more than a year of remote schooling in many parts of the country, the Court had the potential to constrict those rights even more, as the line between home and school dissolved. That dissolution took place against the backdrop of the rise of social media, which has similarly dissolved the distinction between students’ private and public expression.

The Court plunged into this blurriness and found that student speech rights needed greater protection. In Levy’s case, she was using social media off-campus, outside of school hours, to express a criticism of an extracurricular activity. If her school could control that speech, then there would be very little space left for Levy to express herself.

Yet the Court took too modest an approach to students’ rights. The Mahanoy decision was much narrower than the lower court’s. The Third Circuit had ruled that the school had no right to interfere with off-campus speech, a decision that would have significantly expanded students’ rights. In Mahanoy, the Court ruled that schools may still regulate student speech off-campus, depending on the circumstances (though did not lay out a framework for those circumstances, leaving that to future court decisions). In the decision, Justice Stephen Breyer wrote that “America’s public schools are the nurseries of democracy,” underscoring the need to define students’ constitutional rights broadly, in order to prepare them for adulthood, when their rights would be fully realized. The language betrayed a view of students as infants, needing intensive oversight.

But public schools are more properly (if less creatively) understood as, well, the schools of democracy, where students are taught and guided and given an opportunity to test out the rights of citizenship. Social media have become an integral part of students’ public identity — indeed, of many adults’ public identity. Students should be taught about the inevitable permanence of ephemeral speech. A Snapchat snap, an Instagram story, a Twitter fleet, all designed to disappear, can easily be made permanent. Levy thought she was making a relatively private, fleeting statement, only to find it memorialized in Supreme Court jurisprudence. But students should also have more speech protections, be allowed to criticize the institutions in which they spend so much of their time — and be largely free of their school’s oversight when they are beyond the schoolhouse gates.