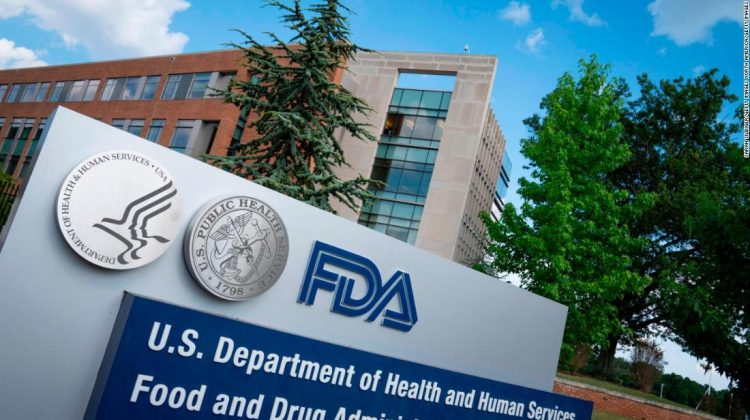 Normally, FDA approval of a drug means that the agency has done its due diligence in reviewing data from pivotal clinical trials, confirming that the drug has proven benefits that outweigh any known or potential risks. This approval, however, was unlike any other in memory. Biogen, the pharmaceutical company behind aducanumab, conducted two clinical trials, both of which were halted in March 2019 after an independent data monitoring committee concluded that the drug was unlikely to benefit patients.
When these trials started back in 2015, they focused on whether aducanumab slowed the cognitive decline of patients with early Alzheimer’s disease. This was the goal set to determine if patients benefited from the drug. Neither trial found benefit.
However, in late 2019 after the trials were stopped, the data were reexamined by Biogen in collaboration with the FDA. Such reexamination is typically described as “post-hoc” and considered less reliable in the scientific community.
For one study, post-hoc analyses still showed no benefit for patients. But post-hoc analyses of the other suggested that there may be a benefit: Patients who received a high dose of the drug showed a marginal but clinically insignificant slowing of cognitive decline when compared to those who got placebo.

Notably, Biogen has yet to publish the results of these two pivotal trials in a peer-reviewed medical journal, preventing scrutiny by the broader clinical and scientific community.

While questions about whether the drug works would seem to preclude FDA approval, the trial data indicated other worrisome findings.

Both studies pointed to serious safety concerns among patients who received aducanumab at the high dose approved for use by the FDA. Thirty-five percent of treated patients were found to have brain swelling and 10% had recurrent episodes. And nearly one-fifth of treated patients had multiple, small brain bleeds.
Given these issues, the FDA appropriately convened a meeting last November of an independent Advisory Committee of experts. After reviewing the data, 10 of the 11 members voted that these data did not offer convincing evidence that the drug was effective (the 11th was uncertain). It is highly unusual for the FDA to go against such a clear recommendation from experts it convened for advice. But the story takes another turn.
After the committee voted, the FDA changed the rules in the middle of the game. Instead of using the cognitive scale that was the focus of both clinical trials to determine patient benefit, the FDA decided to use a different endpoint: MRI findings of brain beta amyloid, a protein thought to reflect Alzheimer’s disease.
Both pivotal trials showed a significant decrease in beta amyloid, but beta amyloid changes do not predict clinical benefit for patients. In fact, a review of data from more than two dozen clinical trials published in Nature examining beta amyloid did not find any association with slowing or reversing the progression of Alzheimer’s disease.
And just months earlier at the November 2020 Advisory Committee meeting, the FDA director for the Office of Neuroscience had stated that they were “not using the amyloid as a surrogate for efficacy.” Despite this, both Biogen and the FDA have claimed that this surrogate endpoint is “reasonably likely” to result in clinical benefit.
By switching to this endpoint, the FDA was able to grant aducanumab a different type of approval — an accelerated approval, a pathway intended “to allow for earlier approval of drugs that treat serious conditions, and that fill an unmet medical need based on a surrogate endpoint.”
For aducanumab, the FDA has stated that “there is an expectation of clinical benefit” for this endpoint and that it determined that “the benefits [of aducanumab] for patients with Alzheimer’s disease outweighed the risks of the therapy.” This conclusion, however, directly contradicts the scientific evidence available, including from the drug’s own clinical trial data.
What’s more, such an approval requires Biogen to conduct a new study to confirm clinical benefit. However, the FDA granted the drug maker an extensive nine-year window to complete this critical study, belying the urgency needed for more reliable evidence.
And there’s more. Although the drug was only tested in patients with early stages of Alzheimer’s, the FDA issued, in another unprecedented move, an overly broad label that allows a much broader population to use this drug — any patient in any stage of the disease — despite it only being tested in those with mild disease.
And if all this was not concerning enough, the company priced the drug at $56,000 annually based on the value “expected to bring to patients, caregivers, and society.” But that is just the price of the drug itself — not included are the costs paid to infusion centers administering the drug, the numerous imaging tests recommended at multiple intervals to monitor the brain for the common yet serious side effects, or the clinicians administering the infusion or interpreting these images.
The math here is not friendly to patients. Many Alzheimer’s patients have Medicare coverage which means they may be responsible for 20% of the costs of care as a copayment. Given the large number of patients eligible for treatment, the financial implications for all Americans in terms of offsetting these high prices through increased taxes and insurance premiums are staggering. Lowering the price of the drug, as some have called for, ultimately does not address the underlying problem — that at any price, patients and their families will be spending their time and resources on a potentially harmful drug that may not work.

The demand for this drug will be unprecedented. Not two days after the FDA approval, a son of a patient with advanced Alzheimer’s asked one of us in clinic, “Hey Doc, do you know when my dad might be able to get that new dementia drug?” This would be the first of three who would ask the same question on that afternoon alone.

Such questions from patients and families are only beginning. Already, our patients are receiving promotional communications for aducanumab promising a new hope with little to no mention of the drug’s risks.

But by approving this product in the context of so many irregularities and uncertainties, the FDA has put everyone in an awful position. How do you explain to a patient with memory loss and their family that yes, the FDA approved the product, but no, the product may not be safe, seems to be marginally effective (at best), and is extraordinarily expensive?

Aside from the secretary of Health and Human Services or the acting commissioner of the FDA reversing this disastrous decision (which would also be worrying, given the importance of an independent FDA) it is now up to health insurance companies, hospitals and medical professional societies to step in to protect our patients.

Organizations like the American Geriatrics Society, which represents physicians specialized in the care of older adults and develops guidelines for diseases such as Alzheimer’s, have already advocated against aducanumab’s approval, fearing that it will divert precious resources away from effective dementia care to an expensive treatment of uncertain value. Other medical professional societies, as well as patient and consumer advocacy organizations, should join them and advise against its use until further data are available.

Physicians and hospitals should also stand together and agree to only provide aducanumab in the context of a new trial designed with endpoints that are clinically meaningful — namely, slowing the progression of Alzheimer’s disease.

And payers, including Medicare, Medicaid, the Department of Veterans Affairs, private insurers and pharmacy benefit managers, must do what the FDA failed to — explain that this expensive treatment has uncertain benefits, may be unsafe, and withhold any coverage or reimbursement determination until Biogen completes additional clinical studies that prove the drug improves the lives of our patients.

Like our patients, we desperately want to see innovative treatments to prevent and treat Alzheimer’s disease. Instead, the approval of aducanumab has unleashed a perilous precedent that could usher in the approval of countless, costly treatments of uncertain benefit and even harm.