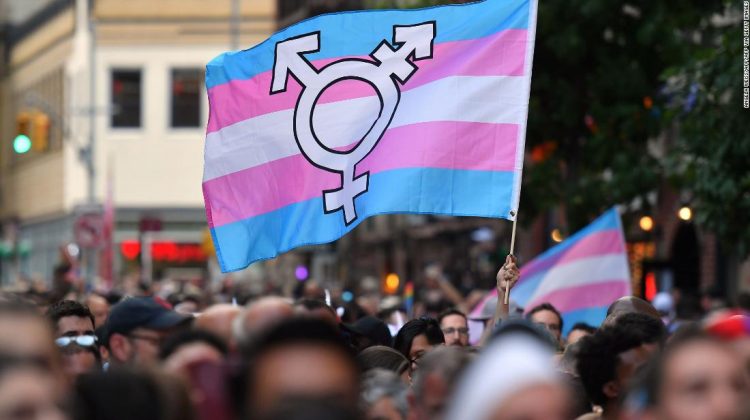 As painful as this incident was for someone like me who grew up Black and trans in 1980s Atlanta, Georgia, it was not uncommon. The excessive standards that Black people are held to by the wider society means that nonconformity — any expression considered “not the right way” — is dismissed and erased. For me, this meant that I could not speak my truth and use my voice to tell the world who I was when I knew it. Like so many trans people, I grew up invisible.

With the eyes of an adult, I understand the motivations of my family and my community. They felt that they were acting in my best interest. But people who do harm often have noble intentions and the reality is that each day of erasure for me was corrosive. Invisibility was a slow-acting poison that made it harder and harder for me to manifest my true self.

Sadly, my experience was not unique. This is still true. The world remains an unwelcoming place for trans people and, in some ways, today is even tougher than it was when I was growing up. Although I know what it feels like to be told by your community that you don’t matter, I never had to experience the devastating impact of a coordinated attack on my well-being by the anti-trans hate machine.

Challenging environments, however, can give us important insights. The upside of my childhood is that I learned just how crucial it is for us to be who we were meant to be. The vital role that self-expression plays in being ourselves is why I’ve devoted my life to giving a voice to trans people. My organization, TransLash Media, was born out of that fundamental desire I had my whole life to be myself and help others be themselves, even when it’s hard.
Unfortunately, the current climate does not make this easy. Not only are trans youth still being told to be silent and repress their true selves, but now there’s also a massive, coordinated effort directed by really powerful people — organizations, politicians, billionaires, and religious groups — working to erase trans people from public life completely.

Countering this is critical to the safety of all members of the LGBTQ community, especially for the young people who may feel like they can’t express themselves or use their voice.

Part of fighting back against this is exposing how these laws and rhetoric are fueled by hate and what the direct consequence of allowing them to continue are.

Allowing anti-trans laws and rhetoric to continue is not only adding barriers to the lives of trans people, but it’s also giving cruel people permission to physically harm us as well. 2020 was the deadliest year on record for trans people, and 2021 is currently on record to surpass that. It’s no surprise that 2021 is also expected to have the largest number of anti-trans legislation introduced in the history of our country.
It makes sense, in a perverse way, that as harmful legislation increases, so do attacks on trans people and, even further, that they play out on the most vulnerable: Black trans women. It’s a cycle that perpetuates the idea that trans people don’t matter and that it’s actually OK to attack us.
This intersection of legislative, policy and physical violence is why my team and I have spent the last year investigating the origins of the anti-trans movement. The result of that work is a new limited series podcast called The Anti-Trans Hate Machine: A Plot Against Equality. In the series, we unpack the secretive, dark movement that is waging war on trans people, specifically trans youth, through bills in over 30 states that prevent equal participation in sports and equal access to medical care. Even though this podcast examines the far-right organizations and hate groups driving the anti-trans movement, we elevate the voices of trans youth who are the center of these painful legislative fights taking place across the country.

Despite the fact that these stories of trans adolescents, some as young as 12, are often heartbreaking to hear, the public must listen.

When we don’t listen to young people, the result is devastating. Fortunately, most of my family has come to support me but many families do not. In fact, the Trevor Project, a national organization providing crisis intervention services to people under 25 in the LGBTQ community, recently reported that “42% of LGBTQ youth seriously considered attempting suicide in the past year, including more than half of transgender and nonbinary youth.” And the organization said that the work of the anti-trans machine is only adding to the misery.

The bottom line is that when trans people have the ability to tell our stories, we can save our own lives and encourage those who care about us to take action. Knowledge about what is happening is the first step to stopping this machine, as well as the violence that results from it. As we share our stories, it will be harder for the anti-trans hate machine to dehumanize us and win.

This Pride Month, members of the LGBTQ community and our allies must recommit ourselves to the unfinished business of the Stonewall Uprising which this month commemorates. This starts with making trans erasure, and trans hate a thing of the past. A recommitment to trans liberation is the only way to end the violence against trans people in all forms and for all time.