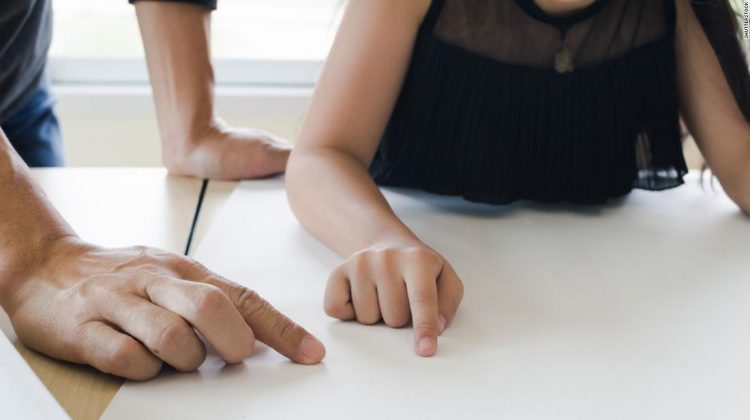 I personally am allergic to fish, and I don’t generally climb much higher than the recliner. Not fitting very well into my stereotypical assigned gender role has been a little disappointing at times. But it’s also been helpful in reminding me that children don’t always go where society tells them they’re supposed to, either.

For instance, like many a father, I had vague fond hopes that my child would excel at sports. But soccer, baseball, basketball — all of them alike were greeted with indifference or annoyance. The child preferred acting and reading. Easy enough! And no great loss, really. Stupid sports ball; who needs you anyway?

That was trivial in and of itself. But it was important in one way: It let our child know at a young age that we weren’t going to force her to try to be someone she wasn’t. I think that helped a lot when she decided to come out to us as transgender this year — not long after she figured it out herself.

Advice for parents of trans kids often focuses on what to do once your child tells you they’re trans, or that they aren’t the gender they were assigned at birth. That kind of parental advice is vital. Getting health care for trans children is difficult. Navigating social stigma and bigoted people and laws requires a lot of knowledge and preparation. It’s good to have resources that provide this kind of crucial, basic information and guidance.

But this Father’s Day, I’ve been reflecting on the knowledge that what to do before your child tells you they are trans is just as important as what to do after you find out. Our daughter didn’t come out until she was 16. That means there were a lot of years filled with a lot of parenting done when we thought our child was cisgender.

In retrospect, it turns out we were preparing for most of our daughter’s life to realize we had been really wrong about our child — not altogether, but in at least one big area.

The best way to ready yourself to be wrong in big ways is to consistently be not just tolerant but proud of your child when she tells you that you’re wrong in smaller ones.

For example: Since your child is a person in their own right, they’re likely to disagree with you on lots of things — what to wear, what activities are fun, what they want to do in the next five minutes and also with the rest of their lives. Stepping back and giving them space to choose for themselves in small ways is the best practice for not freaking out when they choose in larger ones.

Like most kids, our daughter’s gender expression was idiosyncratic and somewhat unpredictable when she was growing up. She enjoyed running around with boys in a gaggle of boisterous extroversion. She liked playing with trains; for a year or so there she wouldn’t go anywhere without clutching a Thomas the Tank Engine figure.

But in middle school, she also had a circle of friends who were girls. When she was 13, they all collectively showed her how to apply makeup. She came home with her face elaborately done up and gasped, “That was so much fun!” She also played Hermia in her hippie Waldorf school’s gender-blind production of “A Midsummer’s Night’s Dream.” She later told us she had begged for that part. We didn’t know that. But we knew her performance was amazing, and we told her as much.

As she got older, we also tried to tell her directly, in various ways, that being queer or trans was okay — and better than okay. We watched “Penny Dreadful” and talked to her about how cool it was that they showed gay relationships and had trans characters (even if the representation was sometimes wobbly).

When my daughter came out as bisexual in middle school, my wife, who is also bi, was excited to join her in making fun of me, the boring token straight in the house who can’t really tell which male actors are good looking (except Keanu Reeves I guess — I get that).

We were also fortunate in that we both knew a fair bit about trans issues before our daughter came out. I’ve done a fair bit of reading about trans issues, in part for my book about the original Wonder Woman comics from the 1940s. Writer William Marston lived in a polyamorous relationship with two women and his comics include a lot of gender swapping. My daughter liked those comics a lot when she was younger, which should maybe have been a sign, I don’t know.

My wife has also followed a lot of trans video creators on YouTube who discuss their transition and trans rights issues. In fact, after my daughter came out, she decided that she is nonbinary, though she’s still using she/her pronouns. My daughter has taken this in stride; she seems to feel that of course gender doesn’t fit anyone correctly and the only question is why more cis people haven’t noticed.

So when our daughter started hanging out with a lot of trans friends from her artsy acting high school, we were able to talk to her at least somewhat intelligently about trans issues and the importance of parental support. When she started wearing dresses and make-up around the house or outside shortly before she came out, we didn’t immediately figure out what was going on, mostly because parents are dense. But we didn’t demand she switch clothes and or change her behavior, either.

Even with supportive family, coming out as trans is extremely difficult. Doing it during Covid, when she was isolated from friends and trapped in the hell of remote learning, made it even more so.

Our daughter was very reasonably worried about how being trans would affect her acting career; she has concerns about how it will affect her when she goes back to school in person. I think if we’d been a little more aware of what she was going through a little earlier we could have helped more.

Parents never get everything right, and we’re no exception there. We’d considered just pulling her out of school for this year with Covid, and in retrospect that would have been much less stressful for her. Even though we’re coming up on nine months since she transitioned, we still slip up on pronouns a lot more often than I’d like. And I think our anxiety about the transphobia and hatred she’s likely to face sometimes seeps through. It’s natural for parents to worry and try to protect their kids. But trans youth are extremely aware of the bigotry they face. You shouldn’t pretend it doesn’t exist. But harping on it isn’t helpful either.

Still, I’m grateful that our daughter knew before she came out that we would continue to champion her and love her. She had faith in us, and while we are occasionally embarrassing or irritating, as parents will be, she mostly seems to think we didn’t betray her. Sometimes the best way to be a father isn’t sports ball or fishing or raising your child to be a man, but just being happy with whoever your child turns out to be. Last year, I thought my daughter was one person. Since then, she’s told me she’s someone else. Her bravery and her trust are gifts. On Father’s Day, and every day, I’m grateful for them.