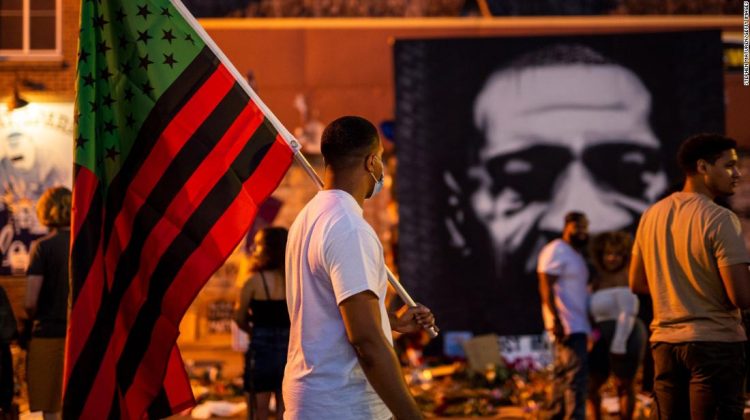 2020 saw much of the nation embrace Juneteenth as a Black Fourth of July celebration. Scores of corporations, including the NFL, designated the date a paid holiday as the nation scrambled to respond to the monumental calls for racial justice.

Last year’s Juneteenth celebrations drew the nation closer to the promise of multiracial democracy that first dawned in 1865, after the Civil War’s end. Many Black Americans expressed great pride in this growing national acknowledgment. Many White Americans expressed deep empathy once they learned about the holiday; Juneteenth briefly became the symbolic center of efforts to understand and grapple with the history of systemic racism against Black people in the US.

Just one year later, troubling signs of racial backlash abound. White empathy over the deaths of innocent Black Americans at the hands of the police, recognition of the 1921 massacre in Tulsa, Oklahoma and celebrations of Juneteenth have curdled into resentment.

The GOP’s concerted attacks on critical race theory are an acceleration of long-standing efforts to whitewash America’s past and prevent American schoolchildren from being introduced to both the grandeur and travails of our national history.

The growing hysteria against the 1619 Project and other work arguing that racial slavery fundamentally shaped American law and democratic institutions illustrates the rough road ahead toward any kind of racial justice renaissance in this country.
Juneteenth commemorates the June 19, 1865, announcement of the end of slavery by a Union major general in Texas. Long celebrated in Black communities from coast to coast, it has been a Texas state holiday since 1980 and is a strong Lone Star tradition — though in the years since, every state but South Dakota has decided to mark it in some way. (Only a few of those states observe it as a paid holiday.)
For me, Juneteenth is the answer to Frederick Douglass’ towering 1852 address, “What to the slave is the Fourth of July?” In Rochester, New York, Douglass, an enslaved Black man turned abolitionist, newspaper editor and publisher and outspoken civil rights activist, railed against the hypocrisy of a nation that dared to celebrate an ideal of freedom in an age of chattel slavery.
Douglass challenged his audience to recognize Black humanity by embracing abolition-democracy, which comprised not just the end of slavery but required transforming America into a multiracial democracy for the first time in its history.

Having Juneteenth as a national holiday offers a generational opportunity for Americans to discuss reparations for racial slavery, Jim Crow segregation and the inequities of poverty, health care disparities and violence that are their legacy. But one year after transformative protests and a widespread corporate embrace of Juneteenth, much of this country is showing itself to be unready or unwilling to have those conversations.

A federal judge recently called a temporary halt to a $4 billion loan relief program addressing systemic racism against Black farmers that was part of the Biden administration’s pandemic relief bill. This example is part of a wider pattern of racial resentment, with White business owners filing lawsuits against the federal government’s efforts to prioritize racial and gender equity in the pandemic relief bill.

None of this should be surprising.

But it must be historically contextualized. History offers us a guidepost to understand our present. It rarely repeats itself but, especially on race matters, echoes previous instances and patterns of anti-Black sentiment.

The sad fact of American history is that at every time Black Americans have organized and asserted themselves, White backlash mercilessly follows. Look no further than the echo between 19th century post-Reconstruction efforts to suppress Black votes and the 21st century version of that endeavor playing out in GOP-controlled state legislatures today.

Juneteenth, in both its historical origins and contemporary resurgence, brings us closer to some uncomfortable truths about American identity. Racial backlash in our nation is not an aberration or paradox; it is at the core of who we are. There has never existed a thriving capitalist economy, democratic culture and national consensus in America not based at least in part on depriving Black people of their full citizenship and dignity.

The good news, one that Black people have always understood and many White people have failed to comprehend, is that it doesn’t have to be this way. We can overcome this history by confronting it. America does not have to institutionalize racist voter suppression policies every time Black candidates threaten White power.

Systems of punishment that imprison Black women and men can be replaced with innovative social policies and investments that produce thriving neighborhoods. We can educate our children to be critical thinkers strong enough to grapple with this history and come out through the other side with a deeper commitment to national service and a love for America unfettered by myths of exceptionalism.

We are strong enough to be authentically ourselves by facing the shortcomings of the past and present.

The backlash that we have witnessed since last year is as old as this republic, and Juneteenth 2021 will be celebrated against this bittersweet backdrop. Yet, just because we have been here before does not mean this is where we must stay. Juneteenth still offers a bedrock foundation to make last year’s watershed moment of racial and political reckoning into a transformative process that can last.

This article has been updated to reflect House passage.