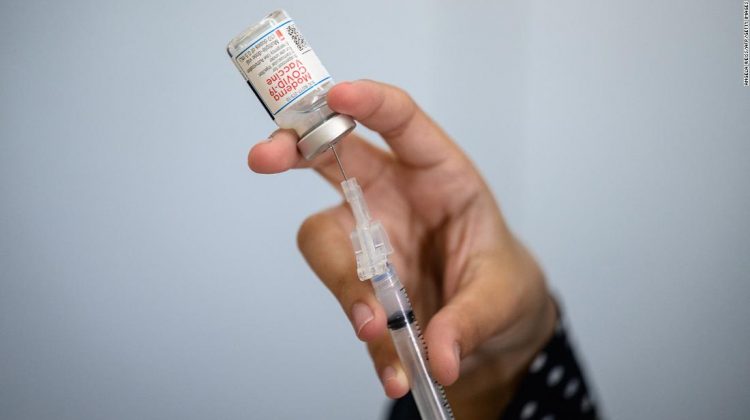 Much of the difference is being explained (complete with strong correlation coefficients) by the apparent concordance across the existing Democrat and Republican fault-line, with the ardently Republican Deep South having some of the lowest vaccination rates in the country: Mississippi, Alabama and Louisiana are at the bottom of the 50 states with rates around 35-37% (compared to US rate of 54%) with Georgia, South Carolina, Tennessee and Arkansas joining them in the bottom 10.
Further supporting this idea is the US map, which shows higher vaccination rates in states that supported President Joe Biden in the 2020 election. In addition, many surveys show Democrats have been vaccinated at significantly higher rates than Republicans.
But is being a vaccine refusenik really a symbolic act, a new way of pledging allegiance to extremely conservative principles or even fealty to former President Donald J. Trump — who has claimed himself to be the father of the vaccine and, as a vaccine recipient himself, has endorsed its use, however tepidly.

If only it were so simple. Though the Covid-19 vaccine is indeed a central player in our ongoing turbocharged political proxy war, many other factors are at play. Political orientation is a symptom, not the cause of the problem. The voting blocs just don’t align that well with the vaccine refusers. Deeper in the demographics of vaccine accepters or decliners are many facts that fly in the face of the Blue-Red supposition.

Take the elderly, the 65 and up crowd: 87% are at least partially vaccinated, even though they more evenly split during the 2020 election. Conversely, the younger voters went heavily for Biden but a significant percentage of adults 49 and younger are vaccine averse, according to research from the Kaiser Family Foundation. And Black and Hispanic voters also tended to support Biden yet are less eager to be vaccinated than Whites, albeit by just a few percentage points.
Besides, if refusing were simply a political statement, the efforts of True Trumpers, such as Alabama Sen. Tommy Tuberville, to strongly encourage vaccination would have had a larger impact. Even his ad with Alabama sports legends Coach Nick Saban and basketballer Charles Barkley to further encourage vaccination have thus far failed to move Alabama from the bottom of the heap.
The converse — leaders who sing the “No vaccine? No problem!” refrain, such as Governors Ron DeSantis of Florida and Greg Abbott of Texas — surely provide assurance to decliners but also may act to move the “still thinking about it” crowd toward flat-out avoidance.
Covid-19 vaccine ennui is part of a much larger pattern that was evident long before 2015, when Trump descended the escalator in Trump Tower to announce his candidacy for president. But if not politics, what is driving the North-South split?
It’s complicated — perhaps impossibly complicated. But an explanation may well have started many decades ago in Appalachia, which stretches across 13 states down to Alabama and Mississippi. People living there, along with the remainder of the Deep South, have had the worst rates of almost every health indicator for decades: low rates of influenza vaccination, high rates of obesity and diabetes, high rates of cigarette smoking and shorter lifespans.
Grinding poverty also is at very high rates in the area and with it, poor schools, understaffed hospitals, distant medical care — and often an extremely pessimistic view of whatever the government is “selling” this week. Trust in others is lowest among persons earning less than $30,000 a year — a group seen in highest proportion in these same states. And this personal distrust could extend to elected officials and the government.

The remedy therefore isn’t a public service announcement by Tuberville or even Trump himself. These will surely change a few minds or move a few from the wait-and-see crowd to the vaccinated crowd. But TV ads and celebrities simply cannot overcome decades of deeply rooted distrust.

To some, the Covid-19 vaccines are the greatest invention by mankind of this century — but to others, it’s just more government hype, another promise certain to go nowhere, nothing but “government manipulation.”

The explanation for the chronic poor health of people in these states — shorter lifespan, high rates of smoking and obesity etc. — is not that they voted for Trump. The handy trope that politics is the answer to anything and everything makes a great story but misses the point entirely.

Politics simply cannot explain the facts about health outcomes in these states. No one wants to die, not even ardent Trump lovers or equally ardent Trump haters. Unfortunately, rebuilding public trust in any institution is a very slow, arduous proposition. But continuing to show the safety and the benefit of the Covid-19 vaccines — using real facts — might prove to be a productive first step.

The Covid-19 pandemic dramatically revealed the inequitable delivery of American health care. Now, the Covid-19 vaccine rollout is demonstrating another open secret: public distrust in all institutions, including health care.

Without sincere and sustained attention to the chronic poverty, lousy education and spotty health care in these areas, we will only see this story play again and again. OK, maybe Tommy Tuberville can help with Covid-19, but the next crisis, whatever it is, that relies on mutual trust to overcome will find itself recapitulating the same split between the haves and the have-nots — regardless of who people voted for.