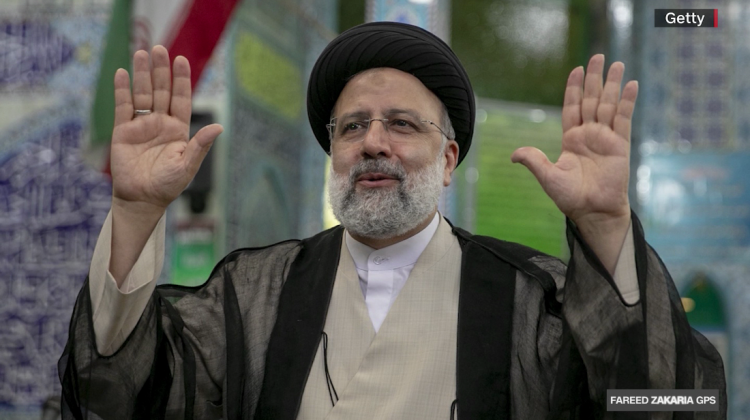 Iranian President-elect Ebrahim Raisi has a record of human rights abuses and seems poised to steer the country toward an increasingly combative foreign policy while instilling fear among much of its own population. Now, let’s see how he may implement this before jumping to irrevocable conclusions or actions of our own.

More than half of Iran’s more than 59 million voters boycotted the election after the Guardian Council, the powerful clerics who vet potential candidates, disqualified nearly all of Raisi’s competitors. His victory was seen as a foregone conclusion and the 48.8% voter turnout was the lowest since the establishment of the Islamic Republic in 1979. Raisi, who is a confidant of Supreme Leader Grand Ayatollah Ali Khamenei with close ties to Iran’s Revolutionary Guard, won with 17.9 million votes — less than 30% of the eligible electorate. Another measure of voter discontent was the record 3.7 million ballots left blank.
Raisi’s victory marks the first time Iran has elected a leader who is under sanctions by the United States. The US Treasury Department detailed Raisi’s brutality in 2019, citing a United Nations report that found Iran’s judiciary approved the execution of at least nine children in 2018 and 2019. In his previous role as a prosecutor, Raisi also “participated in a so-called ‘death commission’ that ordered the extrajudicial executions of thousands of political prisoners in 1988,” the Treasury Department stated.
It remains unclear how the new Iranian President will confront a convergence of crises. Annual inflation rates are nearly 50% and unemployment has been greater than 10% throughout the past two decades. The Covid-19 pandemic has also devastated Iran and the official death toll of 82,000 is likely an undercount. Khamenei also refused to accept any help from the United States at the start of the pandemic, describing America’s leaders as “charlatans and liars.” Meanwhile, the government has been powerless to prevent thousands of doctors from fleeing the country over the past year.
After his August inauguration, Raisi will have to negotiate with the United States and persuade the Biden administration to lift crushing sanctions on Iran if he hopes to stabilize and rebuild the fractured economy. But Raisi is also said to be angling to succeed Khamenei, which means the President-elect will have to appease the Supreme Leader and the more militant elements in the Iran Revolutionary Guard Corps (IRGC), all while maintaining, at the very least, the peaceful acquiescence of the Iranian people.
The overwhelming, and not unjustified, fear from the moment the electoral slate was announced last month was that Raisi, who was opposed to engaging with the West and previously called for economic self-reliance, would dig in his heels and call for a halt to or substantial detour from the negotiations on the Iran nuclear agreement underway in Vienna, Austria. These efforts focused on a revival of the deal known as the JCPOA (Joint Comprehensive Plan of Action), a 2015 accord restricting Iran’s nuclear program, which former President Donald Trump withdrew from in 2018.
In the days just before Friday’s presidential election, however, Raisi seemed to make an effort to dial back his more extreme positions. In the final nationally televised debate, he said that the nuclear accord was “an agreement and commitment that governments must abide by.” Still, he added, his support was based on nine “conditions” Khamenei had spelled out in 2015. Most hard-liners have laid out similar paths, conditioning a new nuclear deal on removing all sanctions that are strangling the Iranian economy. The Biden administration has already lifted penalties against three former Iranian government officials and two companies involved in its oil industry as a good faith gesture to move the talks forward.
The negotiators in Vienna still have six more weeks to work with the existing government in Tehran to reach an agreement before Raisi is sworn in. Still, it is likely that Raisi will be happy to claim the fruits of any such efforts, particularly if sanctions can be lifted and the economy begins to revive with the end to the debilitating embargo on Iranian oil.
Raisi has not presented many other proposals. On regional conflicts, he is a security hawk who is unlikely to ease up on the support for Houthi rebels who are fighting Saudi Arabian proxies in the ongoing civil war in Yemen. The same goes for Iran’s support for the Shiite militias that continue to operate in Iraq. Both are high priorities for the IRGC and Khamenei.
A new government in Israel now presents its own set of challenges, with two determinedly hard-liners astride most issues dividing Iran and Israel. Israel’s new prime minister, Naftali Bennett, told the Knesset, “Resuming a nuclear deal with Iran is a mistake that will legitimize one of the world’s most violent regimes.”
That leaves a critical dilemma for President Joe Biden. How should he deal with Iran’s new leader? Staying the course is the best answer. Acknowledge no real shift in Iran’s direction unless one presents itself directly. Continue to hold the nation and its leaders accountable for egregious human rights violations. Demand as a price for future agreements and sanctions relief not only a return to the nuclear accord but also release from prison of Americans being held in Iran.
At the same time, Biden should take Raisi at his word when it comes to acceptance of the nuclear agreement and the US President should marshal support from all signatories of the original pact, including Russia and China, both of whom have sought to build their own close ties with the Iranian regime.

Biden, of course, must also seek to restrain the new government in Israel from taking any unilateral action against Iran. Above all, the United States must convey that if Iran wants to be taken seriously and resume its role in the world, as so many of its people clearly desire, it must cease acting as a pariah nation.