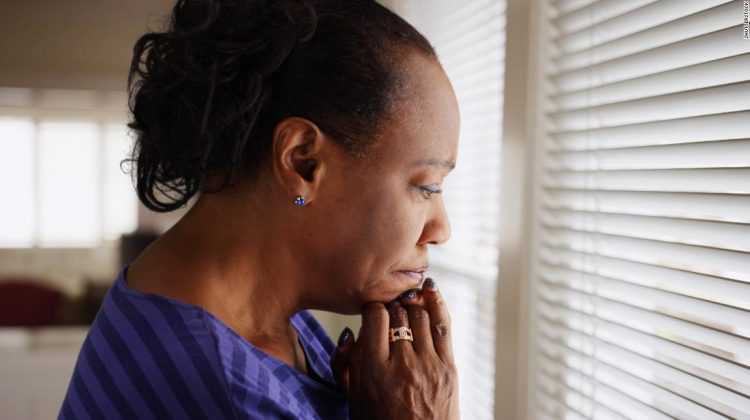 Vanessa was one of 100 unemployed women and men I interviewed living in Pennsylvania. Before the pandemic, I received funding from the National Science Foundation to conduct repeated in-depth life history interviews with people who had experienced job loss. The people I met came from both rural areas and cities, with varying educational and financial backgrounds. Some had lost jobs as waitresses or factory workers, and others had been highflying executives. And while I interviewed women and men, the only people who said things to me that echoed Vanessa’s feelings were the women.

My research suggests that unemployed women are more likely than unemployed men to sacrifice their health before they ask their families to do without. I call this difference between women and men the “guilt gap” (women tend to feel guilty making their health a top priority, while men don’t) — and while data is hard to come by, it seems probable that the pandemic has made it worse. This worrisome pattern could not only cost families more money when women’s health care issues worsen but also may even threaten women’s lives.

During our conversations, I discovered that many women tied these feelings of guilt about their job loss to a need to sacrifice their health to protect family members from the tolls of unemployment. Among them, a majority of the unemployed women I met stopped taking their medications, visiting their doctors, or taking care of themselves the ways they had before their job loss. For example, some women saved money by borrowing inhalers from neighbors. One registered nurse, Brandi, explained, “I do have asthma, so as far as my inhaler goes, actually, I’ll be honest with you. A friend of mine let me use theirs. If it gets that bad, I call her.” A year later, when I followed up with another woman I met, Ruth, I learned that she had been hospitalized and left with large medical bills after ignoring a pain in her stomach for months. The ER doctors were able to surgically remove what turned out to be kidney stones, but Ruth learned she may have been able to avoid both the surgery and the hospital if she had had them treated sooner.

To solve the “guilt gap” problem, we must ask tough questions about whether and how our mothering ideals harm women. When women feel obligated to provide for their families out of notions of self-sacrifice, they may do so in ways that are detrimental — or even dangerous — to themselves. As we move in America toward a post-pandemic recovery, we are rightly focused on how the economic ravages have disproportionately fallen on marginalized people. But as we work to address that, we can’t lose sight of the deep inequities that existed before the pandemic and have been exacerbated by it.

As a society, we need to be supportive advocates for women’s health care needs. In 2020, according to the Kaiser Family Foundation, moms were four times more likely than dads to report that they were responsible for selecting their children’s doctor, taking the kids to the doctor and ensuring children receive doctor-recommended care. We need more dads to take a bigger role in their family’s health, so that moms can focus on their own health for a change.

In one of the most painful instances I encountered, Jay, who’d lost a manufacturing job and his family’s health insurance along with it, described purchasing insurance for himself after being laid off. As someone with arthritis, he said, he wanted to continue his annual checkups. Since Jay’s wife didn’t work, her insurance had come (and gone) through his job. Together, they decided against purchasing insurance for her, which meant she was going without several medications. He told me: “It’s just ridiculous how much (her inhaler) costs.”

Most of the examples in my study were not this stark. Yet in most cases, it was not simply that families could not afford for women to take care of their health, it was that women often put their own health last, while men’s health needs rarely fell so far out of sight. Meanwhile, despite enormous social changes, such as women’s rising workforce participation and rising education rates, mothers continue to be primarily responsible for a wide range of family caregiving tasks, including cooking, cleaning and taking care of family members’ health.

Life history interviews are common in my field of sociology, as they focus on how people make sense of their lives during pivotal moments, such as a period of unemployment. While these findings are based on a small group of people and we should be wary of generalizing them to all Americans, the power of interviewing is not in any one individual story, but in the compelling patterns the researcher discerns across the interviews and interprets based on their expertise. Based on my experience, the patterns discussed here provide evidence of broadly shared social experiences that warrant close scrutiny and action.

To solve this problem, we must ask tough questions about whether and how our mothering ideals harm women. When women feel obligated to provide for their families out of notions of self-sacrifice, they may do so in ways that are detrimental — or even dangerous — to themselves.

Since the start of the pandemic, according to the Centers for Disease Control and Prevention, about a third of Americans have postponed necessary preventive medical care, including annual checkups, routine dental care, eye exams and cancer screenings. Alarmingly, a recent survey found more women reported missing such visits compared to men. As the pace of vaccinations has increased this spring and summer, doctors’ offices have found themselves flooded with patients eager to resume the care they have been going without.
But for millions of unemployed Americans, the lack of access to health care won’t be fixed by vaccinations. Gender differences in affording medical treatment were a challenge before the pandemic; in 2019, more women than men reported that they had not seen a doctor in the past year due to cost. Scholars and most moms agree that motherhood too often demands mothers put families ahead of themselves. As a researcher who studies work-family and gender, I see how all too often this means women put their health at or near the bottom of their priority list.
Job loss often triggers the loss of one’s health insurance, because over three-quarters of full-time workers receive health insurance through their jobs. Making matters worse, in most states, unemployment insurance pays a pittance of one’s regular salary (often between 30-50%). Many people I met reported challenges paying for things like food, electricity, phone service, children’s necessities and even housing, let alone health care.
Women have told us what they need. In February, a survey from the Institute for Women’s Policy Research found that affordable, high-quality health care remained women’s top policy priority — higher even than the economy. We need the Biden administration to take women’s policy priorities seriously; this should include the expansion of health care options for the unemployed so that barriers to health care in cost and access are removed. If we don’t act, women’s health will continue to bear the tolls. The boldest step may be to encourage women to do as we are instructed to do with oxygen masks in case of an emergency on airplanes; women must make sure to secure their own health care before seeing to the needs of others.

Any opinions, findings, and conclusions or recommendations expressed in this material are those of the author and do not necessarily reflect the views of the National Science Foundation.