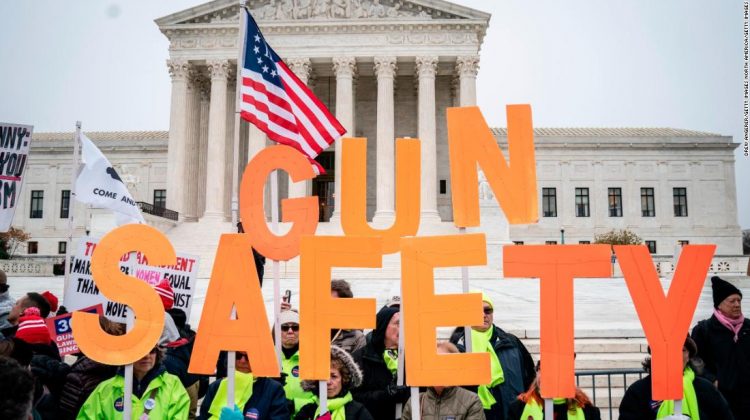 The US Department of Justice recently issued model legislation setting guidelines for stronger state “red flag” laws. These laws allow a court to order the removal of firearms from people who pose a risk to themselves or others. Though important, the DOJ legislation leaves a huge gap by overlooking workplaces, where too many of these shootings occur.
Until employers and coworkers are included on the list of those who can ask a judge to disarm a dangerous individual, workplace shootings will continue to proliferate. Not only should employers be authorized to report workers who pose “extreme risk,” they should be immediately notified when a worker has been “flagged” under a state law. Such information, which would be kept confidential by company management and human resources, could be essential to maintaining a safe workplace.
Workplace shootings have been on the rise as workers return from Covid-imposed isolation. These workers have spent months separated from others, dealing with the mental, physical and financial impacts of the pandemic. They bring with them pent-up anxieties and grievances that aren’t likely suddenly to disappear, and experts say that the time alone may have given shooters time to plan. Employers must be prepared to defuse these potential time bombs.
Historically, mass shootings in the workplace have outpaced school shootings, but little attention has been paid to what employers can do to reduce this risk. In the almost three decades since the term “going postal” entered our lexicon, almost nothing has been done to make workplaces truly safe from armed attackers.
The most obvious solution is to get guns out of the hands of people who make threats. Currently, only 19 states and the District of Columbia have red flag laws. In most of these states, family members can petition a court to have an unstable person’s firearms removed, but only two states — California and Hawaii — include employers or coworkers on the list of possible petitioners. With workplace violence percolating our national conscience, this is simply not good enough and very short-sighted.

As tragic as they are, many workplace shootings are likely preventable. Universal red flag laws are just one piece of the equation. Long before a disgruntled worker starts firing at coworkers, there were probably missed opportunities for an employer to prevent the shooting.

An employee spends 20 to 40-plus hours a week — a third of their waking hours — at work. In that time, signs of crises can appear: stark changes in mood or behavior, escalating language, casual talk of violence, social media posts about those at work. Employers are not — and should not be — frontline mental health workers, but they can create processes to report potential violence and give employees space to take care of their mental health. These small steps could avert a tragedy.
The pendulum is finally swinging away from the stigmatization of mental illness and mental health issues. Thanks to celebrities such as Michael Phelps, Bill Hader, Demi Lovato and, most recently, Naomi Osaka, it is no longer taboo to talk about these issues. Just as law enforcement programs across the country shift paradigms toward de-escalation and treatment, workplaces must implement mental health intervention programs.

More employers can start by adding a mental health component to standard workplace trainings, educating workers on how to seek help for their own mental health issues and how to recognize and respond to issues they observe in others. Employees dealing with mental health issues must be given permission to confidentially seek treatment and accommodation without fear of retaliation or stigma. Coworkers must have a space to submit anonymous reports if they see a coworker going down a mental spiral, and management should be trained to react to such reports responsibly and confidentially.

Nobody knows what’s going on in another person’s head, but when mental health issues are ignored in the workplace, they are likely to erupt in unfortunate and sometimes horrific ways. A robust mental health awareness and response program, coupled with strong red flag laws, could go a long way toward saving lives.