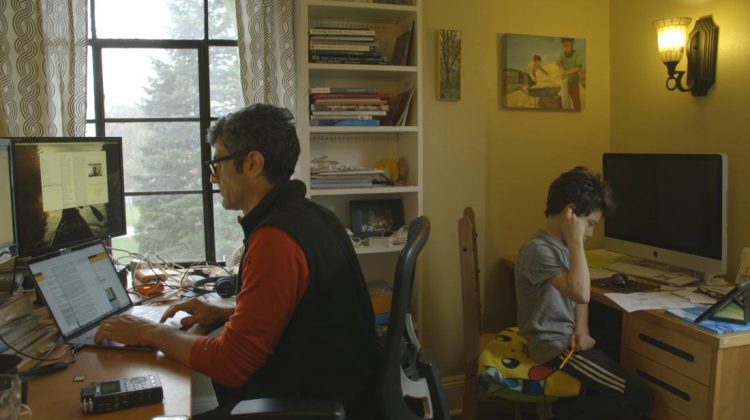 Think about Morgan Stanley, for example, which has just ordered its staffers — many of whom have been juggling enormous work-life balance issues while striving to show commitment to their work — back to the office by the end of summer. That simply wouldn’t work for dads and moms who are afraid to send their babies or small children to daycare, because they’re too young to wear masks or get vaccinated.

But how can both parents in a household hold jobs like this? If both need to be available to run to the office — or hop on a plane — on a moment’s notice, who picks up the kids when daycare closes, or when they start running a fever at school?

First, overwork is actually killing people. Last month, the World Health Organization and International Labor Organization released a study warning that working those 55 or more hours per week instead of the standard, more humane 35-40 increases a person’s risk of having a stroke by 35% and the risk of developing heart disease by 17%. In fact, excessively long workdays are more dangerous than many other occupational hazards, like not wearing seatbelts and being exposed to carcinogens, according to the study.

The problem has gotten significantly worse since the year 2000, when long hours were blamed for 590,000 deaths. By 2016, that number was 745,000 — and of those, about 398,000 of the deaths were due to stroke and 347,000 to heart disease.
Other research shows that during the pandemic Americans worked even more, by giving 35% of the time they saved by not commuting back to their employers.
Unsurprisingly, still other research shows that not taking breaks on nights and weekends causes psychological stress and reduced life satisfaction — and may even have a negative impact on job performance.

But working long hours isn’t just dreadful for dads. It also takes a terrible toll on their families.

In a book to be published in October, Harvard economist Claudia Goldin notes that women with college degrees earn 72 cents for every dollar their male counterparts make (it’s notable that our society has barely made progress in closing this gap over the last three decades). But here’s a lesser-discussed fact: childless women make almost as much as men.
The problem is that, when women become mothers, their home responsibilities grow — and their earnings potential takes a nosedive. However, if employers didn’t routinely demand overwork, men could perform a more equitable share of the labor within their families — which would mean women’s careers wouldn’t have to suffer so much when they become parents. That could finally help bridge this gap.
That is not the picture yet. When heterosexual parents both work full-time, mothers take on over 60% of the childcare and more than 72% of the housework, according to the Bureau of Labor Statistics. This leaves mothers overburdened and stressed, just like their overworked husbands.
And the cycle continues through generations as children witness this unequal division of labor. Dispiritingly, research shows that children’s attitudes about proper roles in a marriage are related to the beliefs of their dads, but not their moms — that is, if mom does most of the housework, because dad works all the time, it makes sense that children come to view the arrangement as normal (even if mom doesn’t like it).
Needless to say, this has to change. For starters, employers need to re-think their expectations — taking the long view for their workers and for their companies. This will be a particularly smart move at a time when the pandemic has caused many Americans to re-think their priorities and the way they live their lives.
Some 40% of workers are considering leaving their jobs this year, according to a study by Microsoft. If companies want to retain top performers, they’re going to need to pay attention to this profound cultural shift and start setting more reasonable demands of their staff for hours and availability.
Employees, too, need to start demanding better work-life balance. If they’re scared of being fired or pegged as underperformers or whiners for speaking up, they might think about banding together to make their needs known — like the Goldman Sachs analysts who created a presentation about their 95-hour workweeks for their managers in March (and no, that number isn’t a typo. It’s an indication of just how sick expectations have become in some organizations).

We also all need to change the way we view work. One of my colleagues has been emphasizing to me lately that he’s available 24-7. Now, I’ve worked in jobs that require being constantly present — like when I worked in the Obama administration for a team that was trying to prevent Europe’s economy from imploding, or at the United Nations when my colleagues were racing against the clock to negotiate a proposal to end global poverty. My current position, as a professor, thankfully, does not require that excessive work availability.

But the fact that even people in jobs that don’t require overwork don’t bat an eye at someone describing their work-at-all-hours readiness — the fact that many of us think: that’s great, you’re a hard worker — shows how deeply this ideology has poisoned our culture. It’s up to all of us to stop talking and thinking this way.

This Father’s Day, many dads need far more than a day-long break to be happy — and so do their spouses and children. At a time when we’re all rethinking what’s important, families and employers are ignoring unreasonable work hours at their peril.

Overwork isn’t actually working for dads, moms, or their kids — and, if employers don’t change their expectations quickly, they’re likely to find a lot of valuable people won’t be putting in any work for them at all.