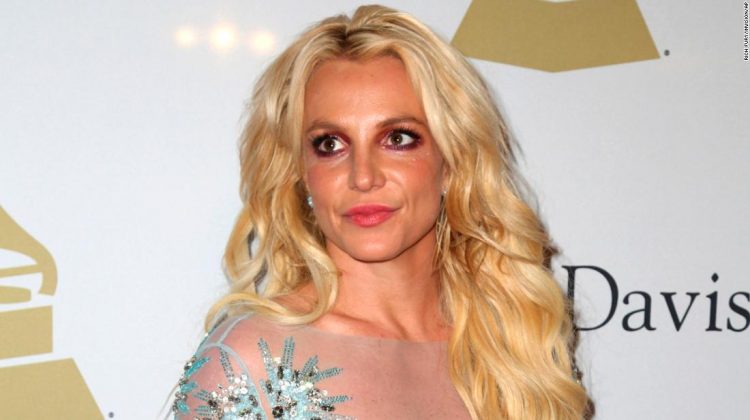 Under the conservatorship, her father, Jamie Spears, has exerted control over her personal life since 2013 (other than during a 2019 break due to his health problems). He also controlled her finances until February, when a wealth management company was named co-conservator of such decisions.

Of all the troubling things about this situation, one of the most problematic is that we know about it at all.

Tuesday, The New York Times published details from confidential court records showing that Britney Spears has long opposed this arrangement. She has said that, under it, she has been sent to a mental health facility against her will, been forced to perform with a 104-degree fever, been limited in who she has been allowed to date and has even been prevented from changing the color of her kitchen cabinets. In the hearing, she also said she was put on the drug lithium and forced to stay on birth control, as well as tour and perform against her will. This lack of autonomy is chilling.
A lawyer for her father told People earlier this year that “Britney knows that her Daddy loves her, and that he will be there for her whenever and if she needs him, just as he always has been — conservatorship or not.”)
There are so many disturbing elements here that it’s difficult to decide where to start unpacking all of them. But, first, in the case of adults, conservatorships are set up when a person is not considered competent to make decisions that serve his or her own interests. This suggests that Spears continues to suffer from serious issues. Of course, it would be hard to imagine her not struggling, given the way she grew up being sexualized by the media and stalked by paparazzi.
But there’s also reason to believe that the conservatorship has been overly controlling. After all, during the time of this arrangement, Spears has released four albums, including two that racked up platinum sales; served as a judge on two television shows; and reportedly earned $138 million for performing in Las Vegas. As NPR points out, “those accomplishments don’t exactly line up with the typical profile of someone unable to look after themselves.”
And, in November, Spears’ attorney said she had stopped working and will not work again as long as her father controls her career. This in and of itself suggests the conservatorship is not working out for her.
But there’s something arguably even more distressing here: the fact that we know about it in the first place. The conservatorship itself and whether it remains or has ever been the proper course of action here center on Spears’ mental health and finances. These are topics that she — and every woman (and man) — should have the right to keep private. In the United States, the right to privacy around these concerns is so clear that the Freedom of Information Act specifically exempts private medical records and financial information from being disclosed by the government.

Reporting done by the Times and other news outlets isn’t illegal, but it’s difficult to understand what public interest is served by digging up salacious details about a woman’s private life.

While Spears asked for her testimony to be made public, it’s understandable after all she’s endured for her to want a chance to tell her side of the story. As she said Wednesday: “By making me keep this in for so long, it’s not good for my heart. It concerns me I’m not allowed to be able to (be) heard. I have the right to use my voice.”
The world simply doesn’t have a right to know any of these things about Spears. But, of course, the public and media love to obsess and pass judgment over the most intimate details of the lives of women in the public eye. As Jill Filipovic (a CNN Opinion contributor) pointed out in her book “The H-Spot: The Feminist Pursuit of Happiness,” men just don’t face the same “jeweler’s loupe scrutiny” over “every one of their life decisions.”

Since Spears is an artist, we should be judging her based on her art. The fact that every fan, reporter and media commentator thinks it’s his or her right to be informed of and weigh in on Spears’ most personal matters is a disconcerting kind of intrusion that doesn’t feel all that different from the nature of the conservatorship itself.

This is why even the documentary released by The New York Times earlier this year — which portrays #FreeBritney activists’ opposition to the conservatorship and suggests the media and music industry shoulder much of the blame for many of the star’s problems — was so distressing. “I didn’t watch the documentary but from what I did see of it I was embarrassed by the light they put me in … I cried for two weeks,” Spears wrote on Instagram.

Put yourself in Spears’ shoes. The fact that she has had to contend with a setup that exerts such vast control over so many aspects of her life is dreadful enough. She shouldn’t also have to consider how her plea to a judge will play in the court of public opinion. These matters should be kept confidential.

No one has the right to pry into the personal health and financial details of women’s lives, even if they are in the public spotlight. Today, it’s not just a judge who should be taking a hard look at what Spears is facing. Fans and reporters also need to think carefully about how they treat women in the public eye, so that in the future they don’t find, as Spears would sing, that they did it again.