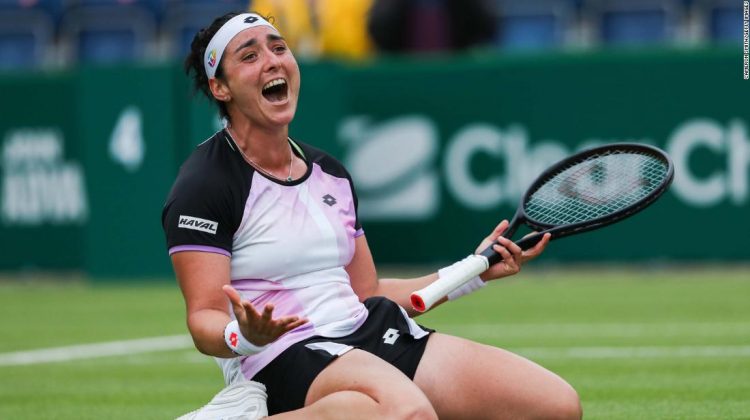 “I’m so proud. I’ve struggled a lot and it was tough for me to win a WTA title,” Jabeur told the crowd on the Ann Jones Centre Court. “I had to go for it. I had to win this title just to breathe out a little bit and also to be the example.

“There are not a lot of Arabic or Tunisian players playing and I hope this inspires them to go on and do more. I want to see more of them playing alongside me.”

Jabeur, known for her creative shot-making and a trademark dropshot, had lost to Kasatkina in the final in Moscow in 2018 but got the better of the Russian this time.

“The last time I played Dasha I lost and I was crying. This morning I was thinking am I going to be crying and disappointed tonight or am I going to celebrate?,” second-seed Jabeur said.

Jabeur’s victory means she has now won 28 matches on Tour this year — more than any other player apart from world number one Ash Barty who also has 28.