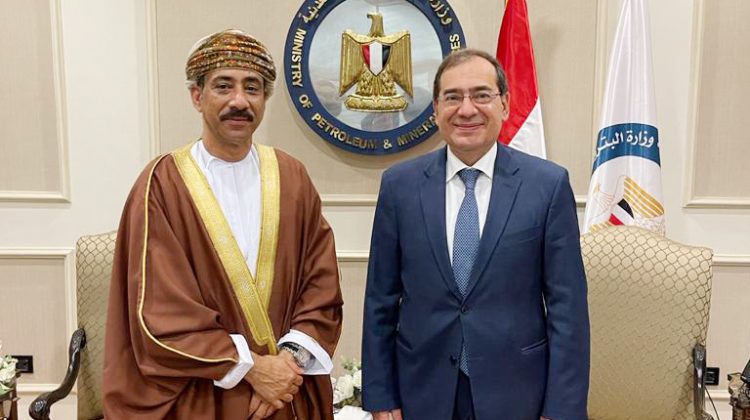 Cairo, 27 Jun (ONA) — Abdullah Nasser al-Rahbi, the Sultanate’s Ambassador to Egypt and its Permanent Representative to the Arab League and Eng. Tariq Al Mulla, Egyptian Minister of Petroleum and Mineral Resources reviewed means of promoting cooperation between Oman and Egypt in the fields of energy and oil as per the MoU signed between the two countries.

In a statement to Oman News Agency (ONA), al-Rahbi said the meeting discussed prospects of joint cooperation and investment opportunities in the oil and gas sector in the Sultanate and Egypt. He also added, the meeting touched on the developments in different economic fields in the Sultanate and the investment opportunities which were announced by the Ministry of Commerce, Industry and Investment Promotion in the field of oil and gas and related industries. The meeting also discussed the joint cooperation between the two countries.

Al-Rahbi further added, the meeting explored the investment climate in the Sultanate, and incentives offered to allure investments and achieve the joint interests of both sides. He pointed out the meeting reviewed the activities of different companies working in Egypt which are currently conducting more research and exploration in the oil and energy sector.