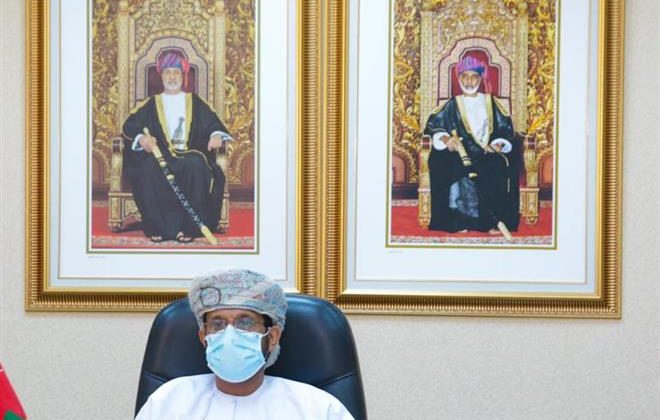 Muscat, 28 Jun (ONA) — The Sultanate, represented by the Ministry of Commerce, Industry and Investment Promotion (MoCIIP) participated today in the 85th meeting of the GCC Negotiation Team.

In the virtual meeting, the Sultanate was represented by Dr. Saleh Said Masan, the Ministry’s Undersecretary for Commerce and Industry, head of the Omani negotiation team.

The meeting reviewed several topics, including the follow-up of recommendations of the team’s previous meeting. It also discussed the report of the Secretariat General on the latest developments of resuming negotiations with other countries and international blocs.

The team discussed the suggestion of the Secretariat General on the GCC draft Priorities. It also reviewed the time framework for the negotiations on the Free Trade Agreements (FTA) between the GCC and other countries and international blocs.

The meeting comes within the framework of the close cooperation and Gulf joint action.