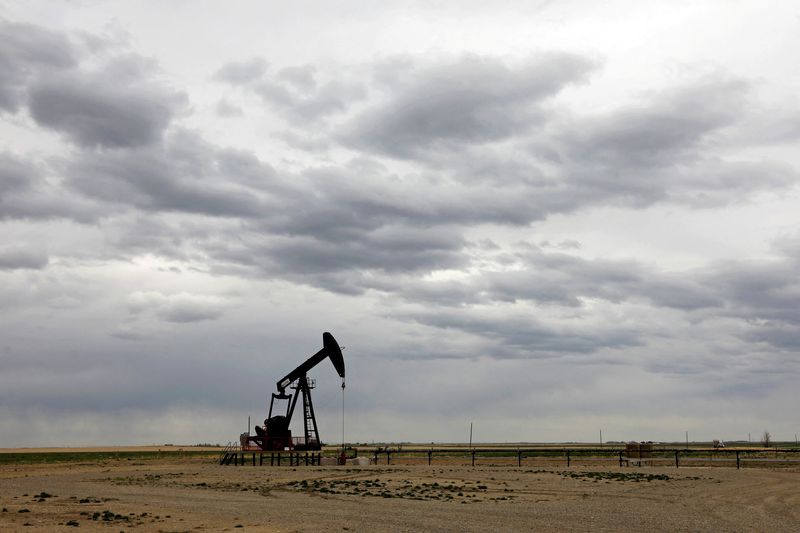 The market has been watching developments in China, where authorities have kept Shanghai, a city of 26 million people, locked down under its “zero tolerance” for COVID-19. China is the world’s biggest oil importer.

Member nations of the International Energy Agency (IEA) will release 60 million barrels over the next six months, with the United States matching that amount as part of its 180 million barrel release announced in March. The moves are aimed at offsetting a shortfall in Russian crude after Moscow was hit with heavy sanctions following its invasion of Ukraine.

“Oil is losing steam due to the joint efforts of the oil reserve release by U.S. and the IEA countries, along with weakening demand amid China extending lockdowns, where both of the manufacturing hubs, Shenyang and Shanghai, halted broad production,” CMC Markets analyst Tina Teng said.

The unprecedented release of 240 million barrels, equivalent to well over 1 million barrels per day, has helped cool prices and sharply narrowed backwardation in oil price curves, where prices in prompt months are higher than those in future months.

However, it is unclear whether that will fully offset the shortfall in Russian oil as exports continued, with India, lured by steep discounts, increasing imports.

On Monday, President Joe Biden will meet virtually with Indian Prime Minister Narendra Modi, the White House said, at a time when the United States has made it clear it does not want to see an uptick in Russian energy imports by India.

Russia’s production of oil and gas condensate fell to 10.52 million bpd for April 1-6 from a March average of 11.01 million bpd.

The oil reserves release could deter producers, including the Organization of the Petroleum Exporting Countries (OPEC) and U.S. shale producers, from accelerating output increases even with prices around $100 a barrel, ANZ Research analysts said in a note.

However, the OPEC+ group of oil exporting nations has not shown any inclination to increase its output targets more than the 400,000 barrels per day it has been adding monthly as part of a restoration of supply cuts.

In the United States, energy firms last week added oil and rigs for a third week in a row as Washington seeks more production to help its allies wean themselves off Russian oil and gas.