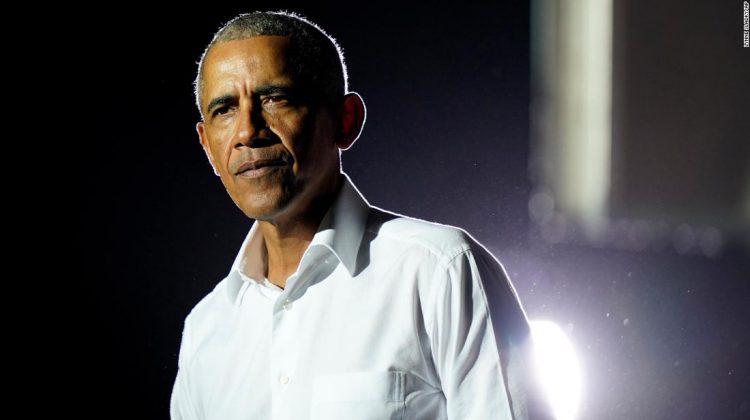 Echoing some of what he wrote in his latest memoir, “A Promised Land,” the former President argued that the only way the country’s political institutions will work is if both parties agree to certain rules and key principles.

“I saw some of these trends happening during my presidency,” Obama told moderator Lonnie Bunch, former secretary of the Smithsonian, as part of the closing session of the American Library Association annual conference.

“But to see not only a riot in the Capitol around what historically had been a routine process of certifying an election, but to know that one of our two major political parties, a strong majority of people in this party, actually believed in a falsehood about those election results, the degree to which misinformation is now disseminated at warp speed in coordinated ways that we haven’t seen before, and that the guardrails I thought were in place around many of our democratic institutions really depend on the two parties agreeing to those ground rules and that one of them right now doesn’t seem as committed to them as in previous generations, that worries me,” Obama said. “And I think we should all be worried.”

This is not the first time Obama has invoked the January 6 insurrection in an appearance since the publication of his latest memoir. Earlier this month, the former President mentioned the rebellion to push for a sweeping voting rights bill that was before the Senate. The bill was eventually blocked by Republicans.
The prevalence of misinformation was a staple of Obama’s successor, former President Donald Trump, and his four years in the White House. The way that false stories made their way from social media platforms like Facebook and Twitter to conservative media and then to the President became a Democratic focus around the 2020 election.

In his Tuesday appearance, Obama said that Trump “surfed” much of the anti-Obama sentiment during his own eight years in the White House.

“One of the perpetrators of that, not the originator of it, but somebody who surfed that for their own advantage was my successor, Donald Trump,” he said. “And we saw how powerful the constellation of conservative media outlets, talk radio, and then, ultimately, all this gets turbo charged with social media, how powerful that is.”

Trump, in the wake of the 2020 election and the January 6 insurrection, was banned from a number of social media platforms, including Facebook and Twitter. And while the platforms are vowing to do more, misinformation persists on every platform and Democrats are worried the issue will continue into the 2022 and the 2024 election cycles.

“I think a central question … how do we get back to a place where all of us, as citizens, at least agree on certain baseline facts and certain core principles around how elections work?” Obama said. “There are certain things like that, that right now, are frayed.”