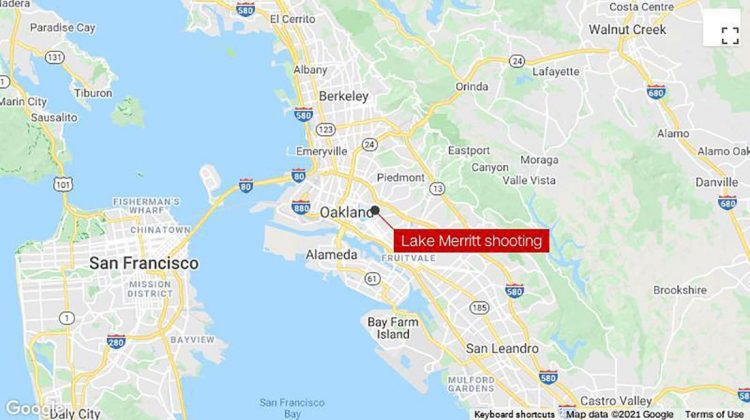 When the shooting occurred at around 6:20 p.m., resources from the Oakland Police Department (OPD) were already in the area monitoring for public safety as a crowd of approximately 1,000 people gathered at Lake Merritt, the department said in a press release Saturday night.

Six people were shot during the incident. A 22-year-old male was pronounced dead after arriving at a nearby hospital, according to the release.

The other five victims, four males ranging in age from 16 to 27 and a 21-year-old female are stable, police said.

Two men have been arrested and two firearms were recovered. Officers observed the men running away from the scene immediately following the shooting, according to the release.

The OPD Homicide Investigation Unit will determine if the men are connected or responsible for the shooting, police said. The motive and circumstances leading up to the shooting are under investigation.