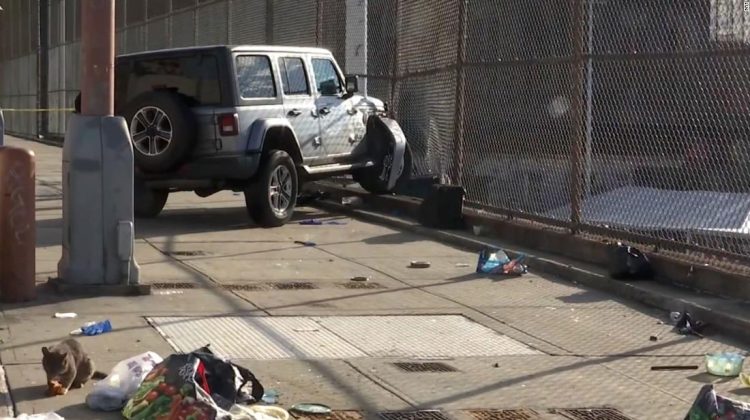 The incident occurred at 2:46 a.m., a spokesperson for the NYPD said, when a gray car ran into the family, pinning two individuals — a 16-year-old boy and a 34-year-old woman — beneath it.

A NYPD spokesperson told CNN the vehicle was a Jeep and that the suspect fled the scene on foot.

The 34-year-old is in critical condition, and the 16-year-old sustained some broken bones, police said. The other family members sustained minor injuries.

No arrests have been made, the NYPD said.