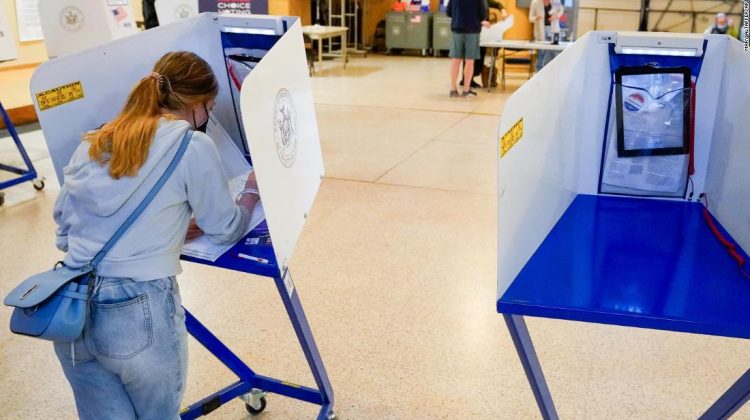 Rep. Alexandria Ocasio-Cortez provided one final mini-splash today during a radio interview on Hot 97 when she revealed that candidate Scott Stringer was her second pick in the ranked-choice mayoral primary.

Ocasio-Cortez endorsed Maya Wiley, her first choice, earlier this month after initially indicating she might sit out the race altogether.

The congresswoman had harsh words, though, for candidate Eric Adams, who has been critical of the new-to-New York voting system and whose campaign surrogates described the late alliance between candidates Andrew Yang and Kathryn Garcia as a move to suppress the Black and Latino vote.

Asked on Monday whether he would accept the outcome of the election, Adams gave a response that apparently caught Ocasio-Cortez’s attention.

“Yes,” Adams said at the time. “I assure voters that no one is gonna steal the election from me.”

Ocasio-Cortez repeated back the quote during her radio interview, describing it as “very Trumpian.”

Adams has, on other occasions, offered clearer indications he would respect the outcome.

Whatever that is, ultimately, New Yorkers will likely have to wait until after the July 4 holiday — at the earliest — to find out. Tonight’s results will only include the first place choices from early and primary day in-person voting. The ranked-choice culling process won’t begin for another week, as absentee ballots continue to trickle in.

On the ground, in the final hours of this very long campaign, which includes races for comptroller, borough presidencies, district attorney jobs and dozens of open city council seats, there is at least one thing no candidate for any office would contest: the weather has been suboptimal. It began raining early this afternoon and hasn’t let up since.

And while the downpour hasn’t dampened the candidates’ enthusiasm — Yang has been spotted cutting an especially exuberant figure across town — there is a chance it could turn off some late-deciding voters.

What we do know, so far, is that at least 191,197 voters cast ballots during nine days of early voting, according to the city’s Board of Elections. About 30,000 more than that requested absentee ballots, most of which have not yet been returned.