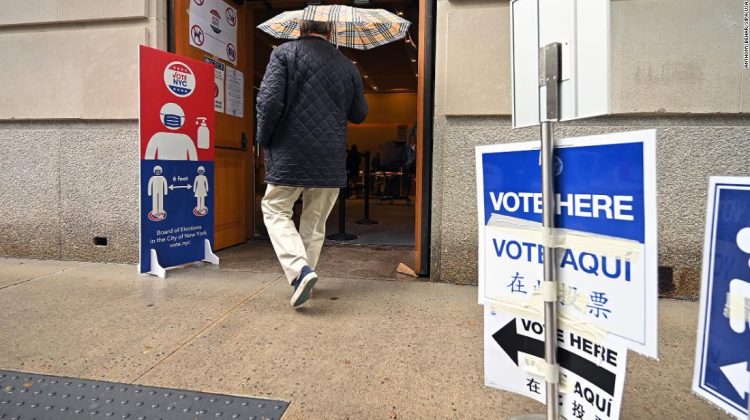 Voters in the Big Apple had the option to rank up to five of the 13 candidates in the race. Since no candidate will win a majority of the vote outright, the New York City Board of Elections will tabulate voters’ ranked choices to determine the winner.

The nominee is expected to be determined by mid-July and is heavily favored to win the general election in November.

As of Tuesday night, Brooklyn Borough President Eric Adams, former sanitation commissioner Kathryn Garcia and civil rights attorney Maya Wiley were the top contenders in the initial vote preferences among voters. These results could change once absentee ballots are included and the ranked-choice tabulation is run.

Since no candidate will win a majority of the first-choice votes, tabulation will continue in rounds. The candidate with the fewest votes after the initial count will be eliminated and all ballots for that candidate will be reallocated to the next highest-ranked candidate selected. That process will continue with the remaining candidates until two are left with the winner determined by who has the most votes in that final round.

New York City’s Board of Elections plans to release the first set of results from this ranked-choice voting process on June 29, but those results will only include votes from early in-person and election day voters, not absentee ballots. New York state law prevents the board from beginning to count absentee ballots until June 28.

The board will release the results of the ranked-choice voting process again on July 6, this time including as many absentee ballots as they’ve been able to process. They’ll report results again every Tuesday until all the ballots have been counted.