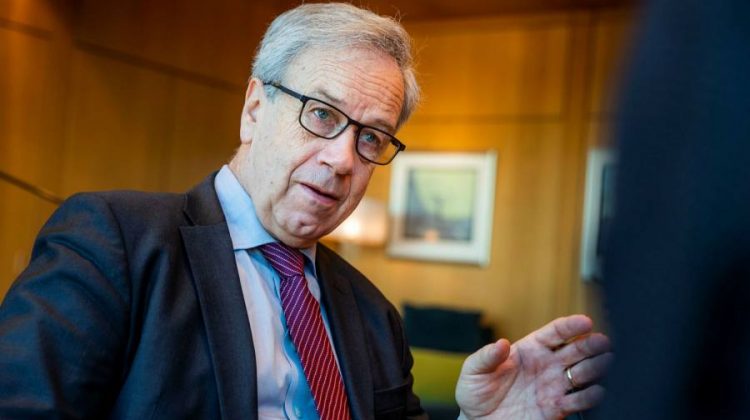 Norway’s central bank is likely to raise interest rates in September, it said on Thursday, a move which would make it the first large western nation to increase the official cost of borrowing after the Covid-19 pandemic.

Norges Bank held its benchmark interest rate at zero per cent on Thursday, but governor Oystein Olsen said “the policy rate will most likely be raised in September” and hinted that a second increase was set for December.

The announcement came a day after the US Federal Reserve signalled that its first rate rises would come in 2023; some economists expect other central banks will only begin to tighten policy after that. Canada’s central bank began to scale back its monthly bond-buying in April, making it the first leading central bank to begin to reduce pandemic-related stimulus measures.

Norway’s economy is rebounding fast as Covid restrictions are loosened and vaccination rates increase. One of the doctors leading the response against coronavirus recently said the pandemic was “over” in the Scandinavian country.

The central bank said further reopening of Norwegian society in the coming weeks would “help a return to more normal economic conditions” and a rate increase would thus be appropriate. It would also help to lower the risk of a rise in financial imbalances, particularly in the housing market, it added.

Announcing its latest policy decision on Thursday, Norges Bank noted that Norway’s economy was recovering from Covid faster than expected while underlying inflation had slowed and was below its 2 per cent target.

It said moderate wage growth and a stronger krone should keep inflation in check, adding: “As long as capacity utilisation is rising, there is limited risk of inflation becoming too low.”

Economists at Nordea, the pan-Nordic bank, said the central bank’s future rate path projection suggested it was planning to increase rates at every monetary policy meeting until next summer. Rates are expected to reach 1 per cent before the end of 2022.

Norway’s output last year suffered its biggest contraction since the second world war, but its 2.5 per cent decline in gross domestic product was one of the smallest in Europe, well below the UK, France, Italy and Spain. Norges Bank lowered interest rates by 1.5 percentage points in two months last year, in response to the contraction.

Norway, western Europe’s biggest petroleum producer, has long stood out economically as its €1.3tn oil fund — the largest sovereign wealth fund in the world — helps cushion the economy during downturns.

The centre-right government is planning to spend a record amount of the fund’s revenues this year — NKr403bn ($47bn), equivalent to a quarter of the government budget — as it gears up to fight national elections in September in which it is trailing heavily behind the centre-left opposition in the polls.

Olsen has warned the government to rein in its dependence on spending money from the oil fund and warned it risks depleting the pot if it carries on.